What carrier CEOs said when asked if MGAs should be regulated

Managing General Agencies (MGAs) in Canada have been attracting attention in the industry recently, and not just because of their hybrid status as both distributors and underwriters of insurance products. Their regulatory status in Canada is nebulous, and some are beginning to take a second look at their unique business model. 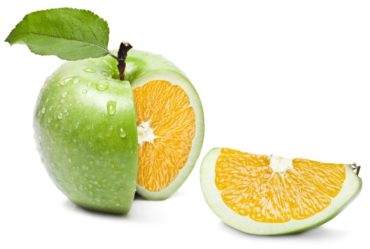 Should MGAs be regulated? It’s a sticky question, and it was put to insurance company CEOs who appeared at the 2019 Insurance Brokers Association of Ontario (IBAO) Conference in Toronto last week.

As reported in Canadian Underwriter in October, Ontario’s new financial regulator is reviewing the sales process of MGAs, although it does not have the authority to license them. “I don’t have the authority to do that, so I’m not going to,” Mark White, CEO of the Financial Services Regulatory Authority of Ontario (FSRA), said of licensing MGAs at a recent speech at the Insurance Institute of Canada. “But I do have to look at the complete sales process that affects the public, so we are going to be looking at that.”

To be clear, FSRA is not reviewing the MGA sales process because it has any concerns about market conduct. The goal is simply to gain a better understanding of how MGAs interact with the public during the sales process.

MGA regulation is shrouded in ambiguity, at least in Ontario. Discussion about it is rooted in the hybrid nature of the business model. Put in very basic terms, MGAs act as brokers to the brokers. In other words, if a “retail brokerage” – an intermediary between customers and carriers – can’t find a certain type of coverage for a client, an MGA can help to place (and even underwrite) the coverage on behalf of the retail broker.

It is estimated that between 12% to 15% of Canada’s insurance business is placed through MGAs, said Heather Masterson, president and CEO of Travelers Canada, who spoke at the CEO Panel. “They catch business that’s tough to write, that’s specialized, and they catch business for brokers – certainly smaller brokers – that need more market availability, so they play a very important role.”

Rowan Saunders, president and CEO of Economical Insurance, sees two different reasons for why P&C industry players would want to use MGAs. One is to tap in on expertise the retail brokerage may not have itself. Also, he added, “I think that if you don’t have a distribution channel, [using an MGA] is actually a great way to get your distribution. But certainly if you are a Top 10 player, you’ve [already] got a big distribution channel. Mostly, brokers end up doing that [distribution] for us.”

But while MGAs do play a valuable role in the industry, some insurers are concerned about the lines starting to blur, particularly as MGAs move into underwriting more than just specialized types of insurance.

“I think the challenge that we’re all seeing with MGAs is with the ones that are writing cookie-cutter product that all of us could underwrite directly,” said Carol Jardine, president of Canadian P&C operations for Wawanesa. “I think that’s the concern – MGAs dealing with things that we can underwrite directly with brokers. Why would we need an MGA for those?

“For the complex specialty risks that are difficult to place, for those who want to work with Lloyd’s [while] perhaps a local retail broker doesn’t, I think that’s the place for an MGA. Where I get concerned is seeing some of the regular, run-of-the-mill business going through an MGA when a retail broker can contract directly with any one of us [insurers] for that.”

This is where regulation comes into play. Speaking strictly on background, one insurance company CEO expressed a concern to Canadian Underwriter last year that carriers and MGAs both underwrite insurance products, but they aren’t subject to the same regulatory regime.

And then there is the question of the expenses and costs associated with the MGA business model. Masterson described the MGA business model as potentially “fragile.” For example, she noted, MGAs, to support the underwriting function, will usually undertake a number of significant investments that retail brokerages traditionally would not.

“If you [as an MGA] are investing in having the technology to support your business, if you are investing in having a Chief Underwriting Officer and an actuarial [expert], someone who really understands the analytics that you are handling on behalf of somebody else, if you are making those types of smart investments, you are going to have some longevity — and that’s probably because you are in the tougher classes of business in specialty and you are offering some value,” she said. “If you’re not in that area, if you are [writing] more cookie-cutter [business], the concern is that it’s really quite an expensive model. Because you have one or two extra layers of costs in the intermediary process.”