What else needs to be paired with the new traffic enforcement plan? 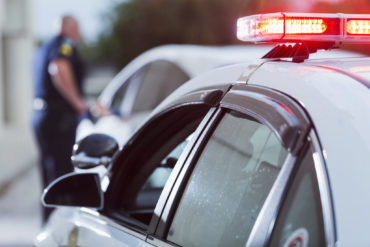 Toronto’s top cop has admitted that having fewer traffic officers has led to an increase in collisions and deaths on city streets. Insurance industry data backs that up, and Insurance Bureau of Canada (IBC) hopes a concerted effort that includes education on top of a new enforcement initiative will help in reducing crashes that are also driving up costs for insurers.

“We want everyone to be a safe road user and driver,” said Pete Karageorgos, director of consumer and industry relations‎ in Ontario with IBC.

Toronto Police Chief Mark Saunders outlined his desire for a new unit to oversee crash-prone areas around the city in a new report. The goal is to bring enforcement up to help bring collisions down. The “Vision Zero enforcement team” is a reincarnation of sorts of a defunct unit that operated between 2003 and 2012.

During that time, there was a correlation between increased enforcement and decreased collisions. It monitored “highly visible, pro-active and focused on high collision locations, community safety zones, high speed areas and other locations where the public was at risk.” It saw a 125% increase in provincial offences tickets as the total number of collisions by almost 25%. In 2010, about 700,000 tickets were handed out. In 2018, that number sat at around 200,000. Collisions, meanwhile, jumped from about 60,000 to 80,000 after the program disbanded.

Pairing education to the enforcement efforts and driving home the message of the benefits of safe driving – from ensuring more focus on the road or putting on winter tires – would go a long way to reducing crashes, Karageorgos said. It’s something the likes of IBC, insurance companies and governments have been trying to get across

“It would be best if people just followed the rules of the road and drive safely and appropriately for the road conditions,” he added. That way, Toronto Police wouldn’t be forced to look at “re-establishing a program of enforcement.”

The increased enforcement initiative by Toronto Police is indeed welcome, as is any effort to increase road safety. “If that is a way police can support road safety, I think, as road users and insurance companies that want to see a reduction in the number of collisions, we’re supportive of any effort and any campaign that makes our roads safer,” Karageorgos said.

While not every enforcement action leads to a conviction that would show on a driving record, “our hope is that drivers get the message,” he said.

1 Comment » for What else needs to be paired with the new traffic enforcement plan?