Insurance Bureau of Canada (IBC) supports one provincial government’s plan to temporarily remove retail sales tax (RST) from home insurance, but is concerned about the administrative costs associated with the move.

In its 2022 budget released Apr. 7, the Government of Newfoundland and Labrador removed the 15% RST on home insurance in the province for a one-year period, effective immediately. IBC says it supports the move and “certainly hopes the government considers keeping it off,” but insurers need enough time to implement the change.

“The decision to remove the RST effective immediately is the most costly way to do this,” Amanda Dean, vice president of IBC’s Atlantic region, says in a statement. “It’s important to insurers to make the necessary adjustments without incurring extra administrative costs that could be passed on to consumers and potentially negate any immediate savings.”

Dean tells Canadian Underwriter in an interview that the estimated cost for insurers is being discussed with the provincial Department of Finance. “It also may differ from company to company in terms of how quickly they can make this work, and how much it’s going to cost them.” 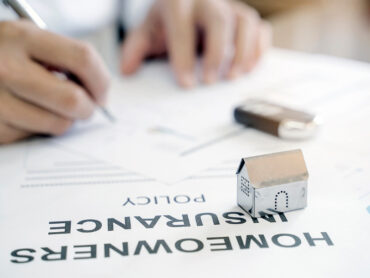 “Spring is typically the time that a lot of insurance policies renew. So, individuals will have renewals coming out even within the next few weeks, perhaps a month or so, that will include the RST on the bill, because insurers need time in order to change that,” Dean says. “When changes are made to the tax on insurance quickly, that also results in insurers being required to provide rebates to those customers.”

In fact, the day the budget was presented, brokers and agents in Newfoundland and Labrador started receiving calls from customers “wondering where their rebates were,” Dean reports. “Completely understandable from a consumer standpoint. Insurers, brokers and agents are doing the best that they absolutely can to make this change work. It’s going to take a bit of time, so we ask for the patience of customers within the province.”

Dean says the industry would have liked to have been able to work with government on implementation timelines. Anything beyond the 90-day period for renewals; even 120 days would be ideal, she says.

This is not the first time the Newfoundland and Labrador government has imposed such a tax policy. In 2016, the government abruptly reintroduced RST on auto insurance, only to remove it again a few years later, Dean reports.

“Both occurred without notice to the industry and with the expectation that it be implemented immediately,” she says. “These sudden changes administratively are quite costly.”

Insurers see themselves as a partner with the provincial government and “we as an industry want to do what we can to work with government to implement their policies and procedures as well as is possible,” Dean says. “So, we’re looking forward to working with the Newfoundland and Labrador government on how we can become more of a partner, if you will.”

Ultimately, a tax on an insurance product makes it more expensive for the residents of the province, Dean says. “And we think it would be a good thing, especially for home insurance customers, to keep it off. However, we also recognize that taxes are imposed by governments as revenue is needed.”