What insurers are paying to deliver IFRS 17: Is there any bang for the buck?

The majority of insurers across the globe will spend US$20 million to implement the IFRS 17 insurance accounting standard into their operations, according to a new worldwide survey by Willis Towers Watson.

Insurance Bureau of Canada (IBC) told Canadian Underwriter Tuesday it has not conducted any research regarding the cost of implementing the standard.

IFRS 17 represents an effort to harmonize international accounting standards so there is a common global standard of financial statements and terms. To figure out how much it will cost insurers to implement IFRS 17, Willis Towers Watson conducted a global survey polling 312 insurers from 50 countries. The large commercial brokerage believes theirs is the most comprehensive IFRS 17 survey to date.

Globally, the estimated total cumulative cost to insurers to deliver IFRS 17 is between US$15 billion and $20 billion. For the 24 largest multinationals, the average cost is US$175-200 million each; for the remaining 288 insurers in the study, the price tag would be US$20 million each. 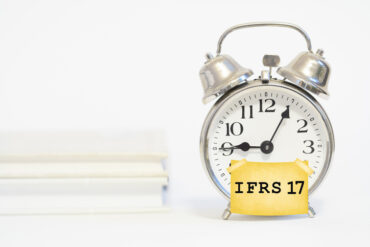 “This is an extraordinary figure that will naturally lead to many questions from boards and investors,” commented Kamran Foroughi, global IRS 17 advisory leader at Willis Towers Watson. “For many, significant improvements will also be required in business processes and finance operations to deliver IFRS 17 efficiently and link with other metrics.”

Is it worth it?

Only 52% of survey respondents believed IFRS 17 earnings/equity will be slightly or much more helpful than current GAAP (generally accepted accounting principles) earnings/equity. Fifty-four per cent believe the need for non-GAAP reporting will either slightly or significantly increase.

On the plus side, Foroughi observes, “with smart investment and the right people, an insurer’s IFRS 17 programme has the potential to help deliver long-term annual savings to show against the daunting up-front costs.”

More than 10,000 full-time equivalent employees will be required to deliver the accounting standard, the brokerage observes. “This presents major challenges for insurers’ recruitment and retention strategies, both within and beyond their IFRS 17 programmes.”

Other findings of the Willis Towers Watson study include:

Since Willis Towers Watson’s last survey in June 2020, clear progress has been made in areas such as data and IT workstreams, the brokerage reported, “although setting up a robust process designed to comply with tight reporting schedules remains a challenge.”

The survey also reveals little progress being made in dry runs, disclosures, and automation. Willis Towers Watson predicts process automation will be critical to the successful implementation of the standard.

“Strong doubts evidently remain about whether IFRS 17 will lead to a more useful metric than current GAAP/IFRS standards,” Foroughi said. “This is particularly true in more mature markets, where we do not see an improved KPI benefit commensurate with the costs, and insurers are actively planning new supplementary reporting to help explain business performance.”

To unlock value from IFRS 17, insurers “should be aiming for significant business process improvements including automation, efficiency, and auditability ‘out of the box’,” Foroughi said. “This will save time and money, allowing experts to be deployed on higher value tasks and enabling insurers’ reporting functions to do more, faster and with less.”

IBC told Canadian Underwriter that the Canadian P&C industry is working very hard, and expending significant resources, to meet all internal and external deadlines associated with IFRS 17 adoption. “IBC’s IFRS 17 Working Group is facilitating discussions and producing position papers to address common challenges related to the interpretation of the standard or its application in the Canadian context.”

IFRS 17 is set to come into effect Jan. 1, 2023, following a one-year transition period beginning in January.