What insurtechs can learn from hackathons

Editor’s Note: This article has been updated. A previous version incorrectly stated that duuo was launched at Slice Labs’ launch studio in Toronto. CU apologizes for the error.

“We said, ‘can we take a hackathon approach and use it to launch insurance products and reinvent the traditional model of taking 18 months to launch a product,” Lafreniere said during a recent interview at Slice Labs’ launch studio in Toronto.

Headquartered in New York City, Slice Labs is an insurtech with a research and development centre in Ottawa. 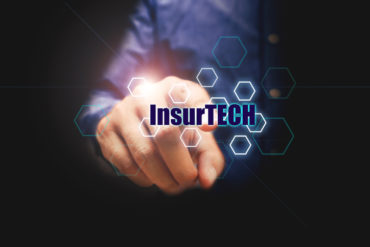 It also has about nine people working in the Toronto launch studio, Lafreniere said.

“It’s at the centre of financial markets of Canada so it makes a lot of sense.”

The launch studio is where Slice Labs meets with customers to work on product development using the “hackathon” approach. This does not involve actually hacking into computer systems. Instead, it is loosely based on the concept of computer experts trying to solve a problem in 24 hours.

“Basically we can do a workshop with the right stakeholders on the Slice side and the customer side and really define a product in one day,” he said. This includes how the insurance product will be priced and how the customer interacts with the insurer to buy the product and make a claim.

Lafreniere has been in the insurance industry for 26 years. He previously worked as an agent for Belair and also for The Personal, which have since been bought by Intact and Desjardins respectively.

His experience as an agent and a customer helped shape the way Slice develops products.  One aim is to get away from having dozens of questions on an application.

Several times a day, Lafreniere used to ask prospective property insurance customers questions like how close they live to the nearest fire station.

“I actually do not know how many kilometres the fire station is from my house and I live in suburban Toronto. I cannot say what the pitch of my roof is or what material the shingles are.”

Slice has similar experience buying its own cyber insurance policy.

“It took us somewhere in the neighbourhood of 30 days, for Slice as a comapny, to buy the cyber insurance that we needed as a company. We have been highly motivated to change that experience for our customers.”

Slice announced in 2018 that AXA-XL is using Slice’s cloud platform to sell cyber policies to small and mid-sized clients in the United States.

“We have three underwriting questions and in under two minutes, you have a policy,” Lafreniere said of the cyber policy that AXA-XL provides in the U.S. “It’s easy to read, it’s written in English and it takes about eight minutes to read end to end.”