What is costing Alberta auto insurers the most

Third-party liability coverage continues to be the bane of Alberta auto insurers’ existence, the province’s Automobile Insurance Rate Board (AIRB) revealed in its 2018 annual report.

Provincial auto insurers collect 53% of every dollar for third-party liability coverage, but are paying 59% towards the costs of claims, AIRB said in its annual report, released Tuesday. “Insurance companies in Alberta are increasingly relying on additional coverages to offset the costs of mandatory coverages; this trend is a growing concern for the industry and the AIRB is continuously monitoring how this trend can influence the market.” 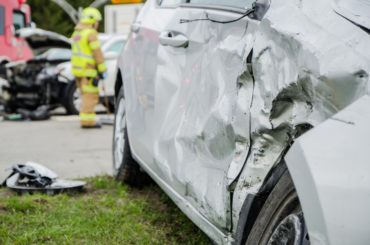 According to the report, the cost per claim to insurance companies for third-party liability has increased an average of 7% each year between 2013 and 2017. During those same years, the average vehicle collision rate in Alberta decreased 1.4% each year.

In 2017, 59% of all claims paid out by insurance companies were for third-party liability claims, 19% were for collision claims, 15% were for comprehensive, 6% for accident benefits and 1% for other claims. Auto insurers collected over $3.3 billion in premiums and paid out over $2.7 billion in claims expenses in 2017.

Also that year, the then-minister of Alberta’s treasury board and finance department directed the AIRB not to approve increases for private passenger auto insurance greater than 5% for the period between Nov. 1, 2017 and Nov. 30, 2018. That rate limitation was confirmed again in November 2018 and will continue until Aug. 31, 2019.

The regulator reported a 25% increase in filing activity in 2018 due in part to the industry’s response to the current market and the 5% rate limitation.

“The inability for rates to keep up with costs has led to insurance companies further segmenting risks, which results in significant increases for some consumers,” AIRB chair Charlene Butler wrote in the report.

“The AIRB continues to be concerned for the impact the ongoing pressure on rates has on the sustainability of the insurance industry and on the premiums Albertans pay for automobile insurance,” she added. The main contributors to this rate pressure continue to be:

1 Comment » for What is costing Alberta auto insurers the most