What is your unique competitive advantage?

Canada’s P&C broker and insurer channels aren’t going anywhere, but their ranks will thin and success will be determined through successful technological partnerships, the CEO of an online commercial brokerage suggested.

“If you don’t bring something uniquely valuable to the table, I think you will be part of the group that disappears going forward,” Danish Yusuf, CEO of Toronto-based Zensurance, said Aug. 24 at Reuters Events’ Future of Insurance Canada 2021 virtual conference.

“Partnerships will be what determines who succeeds and who doesn’t. It’s just a matter of which forms of partnerships will create disproportionate value, and then scale before the others can.”

The most effective partnerships and collaboration will likely be built through deep integration, namely the use of application programming interfaces (APIs), Yusuf said. “API is just a fancy way of saying that systems are able to talk to each other and make instant decisions without people slowing things down,” Yusuf said during the session, Barbarian Partners at the Gate. “APIs also enable a category of solutions impossible without them.”

For example, when there’s a fire or flood somewhere in Canada, Zensurance receives a flurry of emails from different providers indicating there’s a binding moratorium on a set of postal codes or a set of cities. “Now, we as brokers have to keep that in mind; it takes us some time to figure it out and put into practice. It’s quite manual.” 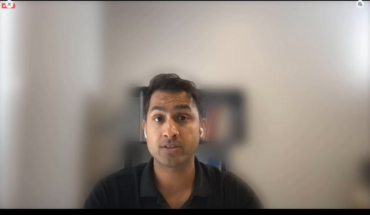 If you look at New York-based Lemonade, their systems directly communicate with weather satellites to track catastrophes as they happen, and in real-time, feed postal (zip) codes or even GPS coordinates into their policy system, Yusuf said. This instantly accounts for any moratoriums, and postal codes can be expanded or take off as needed.

Another example is discounts for water protection devices in homes. One U.S.-based home insurer partnered with another company to have these devices “communicate in real-time with the insurance back-end,” Yusuf reported. “And not only are they tracking it, but they’re proactively providing advice to the homeowner on how to better manage their risk. Again, something like that is not possible without APIs.”

It’s these types of solutions that “end up providing incremental value of disproportionate value and the winning over the long-term,” Yusuf suggested. That said, as valuable as APIs are, it will be exceptionally hard to get industry-wide agreement on what those APIs should look like, he added.

Identifying your “unique unfair advantage, and then quickly getting into the race to find the right partners to create the space for yourself” will be the key to success, Yusuf said. “If you are trying to build your partnership model, what unique value can you add? Is it a certain industry that you’re better at than most others? If you’re a start-up, is it some proprietary technology or insight that you have?”

Both the broker channel and insurance company are here to stay, as both play critical roles in the value chain, Yusuf said. “However, I do think we’ll have fewer of each — fewer brokers and fewer insurance companies as we go forward. This technology has a way of concentrating power and volume into fewer and fewer players.

“And we see that across industries, and the ‘forgotten middle’ are the ones that disappear,” Yusuf said. “Imagine being Mutual Insurance Company Number 153 on the Canadian list of insurers. Realistically, what advantage do you have over the players that have massive scale capital expertise and brand?

“Or if you’re in a local brokerage without access to more capital or markets? How are you going to compete with those large brokerages that have access to pretty much anything they need?”