The process of getting hired might be shorter in terms of start to finish these days during a pandemic when everything is virtual, but much more is happening along the way, according to a brokerage leader who recently went through the recruitment journey.

Ilan Serman was brought in as the Ontario regional president at Gallagher Global Brokerage Canada at the start of this year and the journey to the job was unique in a number of different ways compared to pre-COVID-19.

For one, it took a greater investment of time, he told Canadian Underwriter. But, he pointed out, that investment was worth it.

“I think that the timeframe from beginning to end is actually quicker in a COVID environment because the ball keeps rolling faster. But the time invested in terms of number of meetings potentially is actually more,” Serman said. “For a candidate being hired, it’s a much better process. You’re not sitting around waiting for somebody to call you back. You don’t have to find a four-hour window so that you can travel there and travel back. It’s a much easier process.”

But the goal here shouldn’t be to save time.

“When you’re making a change from one company to another, that culture is very, very important. And if it takes an extra meeting with an extra two or three people, that’s an investment that you should be making in your future,” he said in an interview. 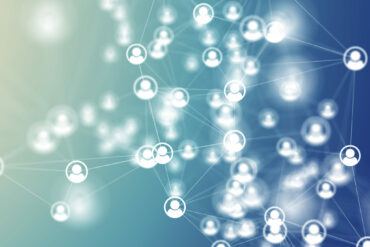 He figured he spent more time in the hiring process than he normally would have in pre-pandemic days. Instead of having an interview room with two, three or four people around a table, he had more one-on-ones.

“Looking at how many interviews and meetings I had, it might take a little bit longer, but that’s the price to pay in this environment. But I certainly think that it doesn’t detract from the quality of the interview process,” Serman said, adding that the intimidation factor was also lessened.

Thanks to the virtual environment, companies can get in touch with candidates quicker and schedule meetings sooner than ever before, said Shannon Millar, head of human resources at Gallagher.

“I think one of the biggest risks that we have in the recruitment process is that it does take too long and that there’s too much time between a recruiter making contact and then a formal interview happening and so on and so forth,” Millar said.

Speaking to the hiring process to bring on Serman specifically, Millar said there was regular contact between him and Gallagher. There was no need to wait for multiple people to be available at the same time to meet with him. The virtual environment allowed the meetings to take place at everyone’s own convenience.

“There wasn’t a point in time where someone was left hanging and wondering, ‘Hey, what’s the next step going to be in the process?’ There were multiple touchpoints,” she said.

Those multiple touchpoints also happened over a larger geographical area. Serman was able to meet virtually with people from the Gallagher team in the U.S., which typically wouldn’t happen in a normal interview process.

“I think it’s more comfortable and more common to speak to people outside of your city, whereas previously it was not,” he said. “So I had an opportunity to meet with somebody in Chicago as part of my hiring process, which would have been, I think, unusual pre-COVID.”

What that did was give Serman a greater sense of the culture at the company he was joining.

“That also allowed him as a candidate to uniquely get a little bit more exposure to our culture, the people who work within Gallagher are the people that he would be working with in the event that he were to join the team,” Millar told Canadian Underwriter.

Cultural assimilation by osmosis isn’t going to happen these days, so it’s important to find ways to give new hires as much exposure to the company as possible, she said.

“You’re not going to go into an office and sit and experience it. So the more people that a candidate has the opportunity to talk to, I think it’s that much more beneficial for them to understand who they’ll be working with,” Millar said. “And it operates as an opportunity to be invited into the organization’s culture. I think that’s really unique from a candidate perspective.”