What makes for a profitable brokerage in Canada?

When it comes to brokerage profitability, size matters.

Common characteristics of the most profitable Canadian brokerages are laid out in a recent report from P&C advisory and consulting firm Smythe Advisory. 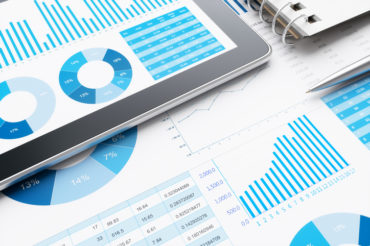 The Property & Casualty Insurance Brokerage Report 2019 analyzes the fiscal year-end results between January 2018 and February 2019 for 80 brokerages (representing over 250 branches) in Canada. Overall, the fiscal performance of Canadian brokers results show a 1% increase in operating profit compared to the firm’s last report in 2017.

Canadian brokerage profitability has remained relatively consistent over the past couple years, notes the study’s author, Mike Berris, who is the partner and practice group leader with Smythe Advisory.

In this year’s analysis, 15 brokerages make up the top 20% of Canada’s most profitable brokerages. On average, the top 20% performed 17% better than the remaining sample population in terms of operating profit.

What makes for a profitable brokerage?

The overall size or scale of the business continues to be a key factor in profitability, Berris wrote.

Traditionally, small brokerage offices tend to be profitable because they are directly managed by the owner and are often in smaller communities with lower cost structures. As organizations get larger, certain infrastructure costs must be put in place. They tend to be fixed in nature, but are scalable, resulting in greater profitability as the organization grows.

Berris said it’s difficult to state definitively how brokerages become profitable, but many possess similar characteristics that include, but are not limited to, the following:


Related
What’s driving brokerage M&A in Canada?
Best exit strategies for selling your brokerage
How much buyers are willing to pay for online books of business
Why brokerages looking at M&A should consider management buy-outs