What OSFI expects from insurers before IFRS 17 comes into effect

Tara-Lea Herkert, director of the capital division of the Office of the Superintendent of Financial Institutions (OSFI), said the regulator wants a better understanding of where insurers are at in terms of the projected capital impacts of the international financial reporting standard.

“One of the ways we plan to do this and get the comfort we need is by requesting that the entire industry complete a comprehensive, high-quality quantitative impact study, our third, which will be issued in June,” Herkert said last week during Insurance Bureau of Canada’s 24th annual Financial Affairs Symposium. “I don’t think I can stress enough the importance of getting high-quality numbers and using as many final accounting policy decisions as possible.”

Ninety-eight percent of insurers have self-assessed as being on track for robust implementing of IFRS 17, according to OSFI’s latest progress reports. That is a “certainly comforting number,” Herkert said during the Regulatory Views on IFRS 17 session. But individual “insurers are at various stages of their projects,” she continued. “What one insurer might consider to be on track might be regarded as ahead or behind relative to another insurer’s project plan.” The standard is “not going to be neutral for individual insurers,” she added. 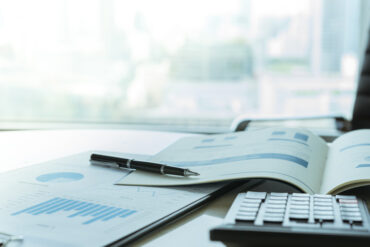 Host Nadja Dreff, chief economist and head of industry data analytics at IBC, asked what will be released in the consultative package in June. “Publicly, we are going to release a slightly revised MCT [minimum capital test] guideline,” Herkert responded. “In parallel with the issuance of that public revised draft guideline, we will be issuing a directed consultation package and quantitative study just directly to the insurers.”

The package will consist of a few different parts. In addition to the progress report self-assessment, there will be a requirement to prepare the pro forma balance sheet and income statement (the traditional IFRS balance sheet as of Dec. 31, 2020). Another part of the quiz will focus on pro forma capital calculations, and there will be an actuarial element.

The deadline will be Sept. 30, 2021, “with potentially some of the actuarial elements being a little bit later,” Herkert said. The federal regulator will also have an opportunity to make any final adjustments or refinements. IFRS 17 is set to come into effect Jan. 1, 2023, following a one-year transition period.

Herkert said in the past, OSFI asked insurers to complete quantitative studies on a “best-efforts” basis, but the results were across the spectrum. “We are at a place where we need good numbers,” she said. “We need to know if we need to make any final transition calibration adjustments to the capital framework, for example.”

OSFI is looking at having some level of review or sign off of submissions in the fall.

One participant to the IBC webinar asked if there is any chance of changing the due date for QIS 3 (the third quantitative impact study) to end of 2021, “as the industry has not been given sufficient time to complete.”

“Don’t think we could do that,” Herkert responded. “I don’t see how that would help us get on track with our goals. We do need to get the financial statements [and] capital calculations as early as possible. We’ve tried to minimize the capital framework changes….there are quite a few. It’s not our intention to do significant policy changes.”

Another participant asked if companies will continue to aggregate results across groups, or will there be an expectation to produce a report for each legal entity.