Ninety insurance companies working with Ontario’s broker channel would be looking at a total investment of $4 billion over five years to conform to the CSIO XML standards required for an industry-wide, real-time data exchange solution between brokers and carriers. 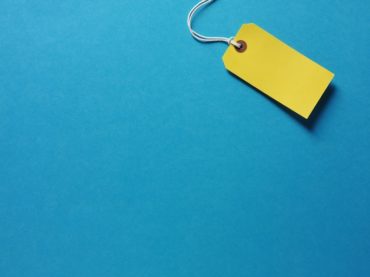 Colin Simpson, CEO of the Insurance Broker Association of Ontario (IBAO), made the observation Tuesday during his speech updating the progress of the association’s broker workflow project. Simpson was speaking as a panelist at the 2019 Insurance Canada.ca Technology Conference in Toronto.

The cost reflects the work required by all carriers to bring themselves into alignment with the Centre for the Study of Insurance Operations (CSIO)’s XML data standards for real-time exchange.

“We started investigating where everybody is today,” Simpson said. “There are not many companies that have real-time CSIO XML APIs. The good news is, companies do have APIs [application programming interfaces] if we can figure out a way to access them. Fourteen out of 15 carriers do have at least one CSIO XML API.

“The problem is, they don’t return data. So, you generally end up with PDFs, or HTMLs, or you end up in broker portals. So, they are not the real-time that we’re really trying to target.”

The path that insurance companies need to go down to integrate with broker systems industry-wide is very difficult, Simpson said. “Each company, on average, would all have about 20 APIs, but they are all in a different state of flux as to whether they are heading for CSIO standards or not.”

To reach the state where everyone is on the same playing field would cost approximately $4 billion over five years. Simpson noted that this type of investment would be difficult for many insurers to make in the current market environment. Insurers are finding it difficult to sustain profitable business, particularly in the auto insurance line. Claims costs are rising in personal property and in some commercial lines segments as well.

“We are talking about $4 billion of investment that’s required – that’s a huge number,” Simpson said. He then continued facetiously: “How many insurance companies are in the room? Are you guys having fun making so much money these days? Not at all. That scale of investment, with the pressure that these [insurers] are under today to try and make money, becomes especially difficult.”

For two years, IBAO has been working with an industry group including 15 tech vendors and 15 insurers representing 80% of the market. Following a discussion about what could be done to bring everyone up to CSIO XML standards for a real-time API solution, the group sent out a request for proposal that closed last December. Sixteen tech vendors showed interest; ten of them dropped out immediately, five dropped out midway during the process, leaving a relatively small vendor left. The group did not go with that vendor, citing the need for scale on a project of this magnitude.

The IBAO will be meeting with the tech vendors and insurers once again in April to discuss options.

One option would be to move away from a non-profit model, as previously envisioned, and shift instead to a for-profit model. As Simpson explained: “The reality is, if you go out and ask anybody in the marketplace who’s running a for-profit company to come and do a charity case, and not make any money out of providing a service, the chances are a lot of people are going to pull back and say, ‘No thanks, somebody else can do that.’”

Regardless of what form the ultimate real-time data exchange solution might take – and it appears the D/X Initiative, which uses APIs, is gaining some momentum– any real-time solution to broker-carrier connectivity will require critical mass, Simpson said.