What reinsurance renewals looked like in July: Willis Re

Anyone expecting the global pandemic to cause a dramatic reduction of global capital during 2020 Q2 renewals on July 1 were in for a pleasant surprise, as suggested in a recent report by Willis Re.

“Q2 2020 has witnessed a remarkable recovery in the capital base of the global reinsurance market as investment markets rebounded and investors showed real appetite to commit additional equity and debt to both incumbents and start up companies,” Willis Re reported in the July 1, 2020 edition of Willis Re 1st View, Prudence During Unforeseen Times.

“Current estimates of the reduction in the capital base of the global reinsurance industry are now down only 5% by the end of June when compared to the end of December 2019 and the 30% drop witnessed at the end of March 2020.”

Willis Re cited three reasons for the rapid capital recovery:

“In addition to these three factors, a number of companies are seeking to deploy alternative risk transfer mechanisms to offload back-year liabilities to free up capital,” Willis Re reported. “Consequently, the global reinsurance market is currently not capital-constrained but is increasingly focused on underwriting profitability.” 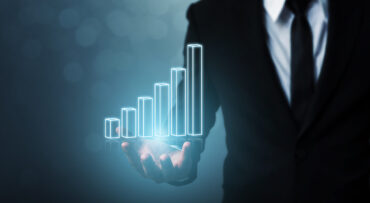 That said, the focus on underwriting profitability drove rate increases in both property and casualty reinsurance lines, although the impact varied by region and the line of business.

On the property side of the reinsurance business, generally speaking, international pro rata commission decreased by anywhere between zero and 2% or 2.5%. (Canadian rates are not included in the Willis Report.) On international loss-free accounts (including Australia, Caribbean, China, Latin America, Middle East, South Africa, and United Kingdom), reinsurance rate increases tended to fall within the zero to 5% range (within the United States, the national average was between 5% and 20%).

On the casualty side, international loss-free accounts (including cyber, auto and liability lines) saw average excess of loss (XL) rate increases of between zero and 5% (in global cyber specifically, the range was between a 2% decrease and a 10% increase). Those that reported a loss generally saw an average rate increase of between (5% to 10%), or between 12.5% to 20% for the international auto line of business.

“COVID-19 loss uncertainty remains a major topic, with only $7 billion of losses announced to date, versus top-down market insured loss estimates in the range of $30 billion to $130 billion,” Willis Re stated in its report. “There is a growing realization that the full extent of COVID-19 related losses will take time to fully emerge which will allow reliable claims reserves to be set, as well as dispersing losses across multiple quarters. Some commentators are suggesting that COVID-19 related loss developments will drag onto 2022 or 2023.

“COVID-19 exclusionary language is now widespread across many lines, either in original policy wordings or in treaty contracts, and was a key element in obtaining reinsurers support. However, a bit like price changes, the exclusions were not managed in a ‘one size fits all’ approach with a bespoke methodology client by client.”