Sugar plums are likely dancing in the heads of at least some Ontario auto underwriters as a result of a series of developments over the past year.

When the government released its budget this past April, it included a bunch of proposed reforms. Among them was a proposal to increase the range of auto insurance coverage choices, which would let clients reduce their premiums. 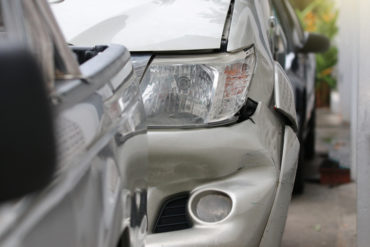 FSRA’s gift sack turned out to contain a file and use system for private passenger auto.

FSRA announced this past Wednesday it is forming a Technical Advisory Committee for Transforming Auto Insurance Rate Regulation. Applications for that committee are due Jan. 20. The intent is for the industry to provide FSRA with expert advice on reforming auto insurance.

The file and use system, announced Oct. 9, does not apply to all filings. But for those filings that meet the “standard filing” criteria, FSRA’s policy is to respond within 25 days. If a response is not received within the 25-day window, the filing is deemed approved.

The standard filing applies to rates for the book of business would be 5% or less, and in which no single customer would get an increase of more than 15%.

Analysts with A.M. Best Company Inc. were asked about FSRA during the ratings firm’s annual market briefing for Canada in Toronto this past September.

“I think the industry is hopeful,” A.M. Best senior director Greg Williams said of FSRA. “I think there are some good elements contained in their directives and priorities – innovation being one of them.”

A file and use system “would be a huge development in the Ontario market,” Williams said at the time. “I know it’s something that insurers have been pushing for. It seems to work in other places.”

Reforms proposed in the 2019-20 budget include a “care not cash” default clause. The aim is to have accident benefits pay for treatment, rather than a cash settlement or legal fees. But under the “care not cash’ proposal, clients would have the option to be eligible to receive cash settlements.

If this gets implemented, brokers need to understand both the upside and downside, said Willie Handler, principal of Willie Handler & Associates, in an earlier interview.

Opting out of the ability to get a cash settlement might work with a client who is happy with their insurer’s claims process, suggested Handler.

“But if they’ve never had a claim with their company before they really have no way of knowing whether or not they are going to be happy. Sometimes a cash settlement results when the claimant and the insurer are not working together very well and sometimes at that point, both sides are happy to end the relationship,” said Handler.

So brokers need to inform their customers of what’s involved and what they are giving up.

“People are not really interested until they have an accident and then they actually care about their coverage. That is historically how auto insurance worked, which is why historically there have been high levels of mandatory coverage,” Handler said shortly after the budget was released.

1 Comment » for What Santa delivered to Ontario auto insurers