Parents hosting a house party in which minors are drinking alcohol and smoking marijuana must be reasonable — but not perfect — when protecting teens against “foreseeable” risks, a B.C. court ruled in a recent social host liability case.

The case is notable for examining whether adults who host minors at their home, knowing the minors will be consuming alcohol and/or drugs, owe a duty of care as a social host to their underage guests, as Janet C. Kwong of Alexander Holburn Beaudin + Lang LLP notes in a blog.

“In my view, the standard [of care] proposed by the plaintiff is essentially one of perfection; anticipating all possibilities and avoiding any risks,” chief justice of the B.C. Supreme Court Christopher Hinkson ruled in McCormick v. Plambeck, released June 12. “That is simply not the way the world works.

“The duty is to act reasonably, not to act perfectly. It is never possible to eliminate all risks and the Pearsons [the defendants who hosted the house party in question] were not required to do so.” 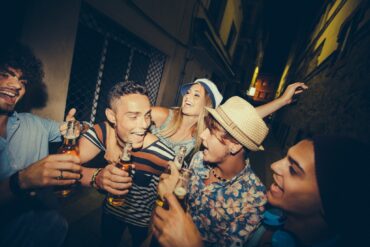 Hinkson ultimately found that the Pearsons could not have foreseen the tragic outcome when one of their teen guests, Ryan Paul Plambeck, left the party on foot with the plaintiff, Calder McCormick, who was 17 at the time.

Much of what happened before, during and after the house party on Salt Spring Island in B.C. was the subject of dispute in the McCormick’s lawsuit. Hinkson’s lengthy decision makes many findings of fact.

“In the early morning of Sept. 16, 2012, following a party at the home of the defendants Stephen Patrick Pearson and Lidia Diana Pearson, a 1992 Subaru motor vehicle left the roadway on North End Road on Salt Spring Island,” Hinkson wrote. “After leaving the roadway, the vehicle crashed into the woods beside the road.”

That Subaru was owned by Megan and Andrew Coupland but Plambeck and McCormick stole the vehicle. Plambeck was the driver and was killed in the crash, while McCormick, the passenger, suffered serious injuries.

McCormick and his family settled claims against the Couplands and Plambeck, but sought a finding of liability for the accident against the Pearsons for hosting the house party, where teens were drinking and smoking marijuana.

In determining whether the Pearsons had created an undue risk for the teen McCormick by having a house party where underage drinking would happen, the judge said such a risk had to be considered in context.

“Salt Spring Island is one of the Southern Gulf Islands,” Hinkson wrote. “It was described by a number of witnesses as a ‘laid-back’ community, where the lifestyle is slower paced than in larger urban centers. Several witnesses commented on the habit of many on the Island leaving their homes and vehicles unlocked, and of some leaving car keys in unlocked vehicles.”

In addition, the judge wrote, “in 2012, the use of marijuana and the consumption of alcohol by minors was apparently widespread, and condoned by many Salt Spring Island parents, despite the illegality of the use of the former at the time of the accident, and the prohibition of the latter pursuant to s. 33 of the Liquor Control and Licensing Act, R.S.B.C. 1996, c. 267, in force at the time of the party.”

In this environment, the judge noted, the Pearsons did not create any undue risk for McCormick by allowing the house party.

“As hosts, the Pearsons had to take all reasonable steps to minimize the risks of harm to their guests, including the plaintiff,” the judge ruled. “The standard is one of reasonableness, not perfection.

“I find that parents on Salt Spring Island took different approaches to managing teenage alcohol and marijuana consumption. Some chose to host house parties. The rationale for this approach is that it is safer for teenagers to experiment with alcohol and marijuana in a reasonably controlled and supervised environment, as opposed to going to bush parties or beach parties where participants are driving to and from the parties with no adults present. This was the Pearsons’ view. Mr. McCormick acknowledged that others on Salt Spring Island shared this view.” 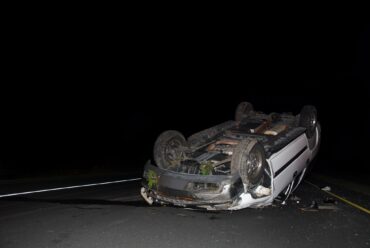 In his findings of fact, the judge found that the Pearsons did take measures to make sure the party did not get out of control. The parents did not serve alcohol at the party, where the teens brought their own alcohol. Also, although the Pearsons went to a secluded area of the home while the party was on, they did occasionally go out to check on people as the party proceeded. They entrusted their daughters to take away the keys of teens who drove to the party, and the daughters did present keys that had been collected to their parents. Plus, after the party was over, the mother, Lidia Pearson, drove home teens who had been drinking.

The judge found that Plambeck was not intoxicated when he left the party on foot with McCormick. And because McCormick himself was a responsible teen, the Pearsons would have had no way of foreseeing that he would be involved in any way with Plambeck stealing the Couplands’ Subaru after the party — much less that Plambeck would drive carelessly, thereby causing the deadly crash.

McCormick’s family argued that the Pearson family could have taken other steps to limit the risk. But at the end of the day, the judge ruled, the question was not of whether the Pearsons had eliminated risk, but rather had they made “reasonable” efforts to reduce “foreseen” risks.

“The plaintiff contends that there were many things the Pearsons could have done differently, such as: limiting the number of guests; monitoring the party more fully, both by taking a more active role and asking friends or family to help them; or, prohibiting alcohol consumption in accordance with the statutory regime or past an excessive point,” the judge observed. “Failing that, the plaintiff contends that the Pearsons could have instituted rules about the kind of alcohol that could be consumed; for instance, no hard alcohol; and the way alcohol was consumed; for instance, no drinking games or activities such as shots or shot gunning alcohol; identified overconsumption and taken steps; or, stopped the party….

“I find it unhelpful to list all of the things that the Pearsons might have done in an effort to avoid liability. Their duty of care cannot extend beyond the foreseeable. The question is whether the risk that arose here was foreseeable.”

And it was not, the judge ruled, for many reasons (some noted above). Among them, the Pearsons would have no reason to believe Plambeck or McCormick would leave the house party by car when they had arrived at and left the party on foot. And again, given that McCormick had a good reputation, the Pearsons would have had no way of knowing that he might be involved with Plambeck in a car heist after the party.