An elderly resident who lost her slip-and-fall claim against a retirement home does not have to pay the legal costs of the home’s insurance company because the insurer’s legal strategy was “at risk of allegations of playing hardball,” the Ontario Superior Court of Justice has ruled. 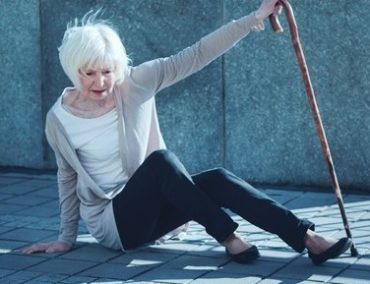 Anna Przyk was injured on Aug. 16, 2015, when she experienced a “modest” slip and fall on a sidewalk between one exit of her Hamilton, Ont., retirement home and the main entrance.

Przyk and the home disputed how the incident happened. Two experts were called in to testify about the “heaving” of concrete slabs (effectively the drilling that allowed the positioning and levelling of the slabs), and how that may have affected Przyk’s fall.

Aviva and Pryzk were able to agree on setting damages at $75,000, leaving it for the trial to determine liability. Ultimately, a jury found that the home was not liable for the incident.

Aviva Canada asked the court for an award of their legal costs, but the court denied the insurer’s motion. In making its decision, the court took into account the perception of Przyk’s lawyer that the insurance company had played “hardball” with his client.

“Counsel for the plaintiff asserts that generally the defence played ‘hardball,’ in that Aviva, its adjusters and counsel never made any effort to resolve this matter, aside from communications and offers to the effect that the plaintiff walk away,” Ontario Superior Court Justice Alan C. Whitten wrote for the court. “Essentially that meant the plaintiff had no choice but to push on to trial.”

Przyk’s counsel labeled Aviva’s legal strategy as “the threshold or defensible program.” According to Przyk’s counsel, the strategy effectively shuts out modest claims by forcing defendants with modest means to take their claims to court.

The “defensible program” was referenced in a job hiring advertisement at Aviva, which was entered as evidence before Justice Whitten, who was ruling on the costs award. The job description calls on the candidate to “work closely with and attend at mediations with our legal partners or delegated authority program files to ensure a consistent approach and message is delivered.  The successful candidate will be heavily involved with Aviva’s various defensible programs, and drive a consistent message with judges, mediators, and counsel surrounding our litigation files.”

That strategy, Whitten found, is “at risk of allegations of playing hardball. In some circumstances that approach may result in no costs. In a way, that is a cost of doing business in such a fashion.”

Finding that both sides had treated the matter seriously, and that experts were required to supplement the parties’ testimony, the judge cited access to justice as a reason to deny the insurer’s request for costs.

“Being a large market shareholder is not without social responsibility,” Whitten wrote. “Size should not be wielded to oppress deserving litigants as that would encroach upon the broader social interest of access to justice.”

More News
Related
Can’t hear the ambulance? Turn down your radio
Who knew that book readers could be at such risk?
Does a business have to highlight a waiver of liability to a client?
How liability coverage limits determined what this bar owed in commercial host lawsuit