“Intact was successful with the acquisition of OneBeacon, so I do not see any reason why they could not be successful expanding internationally by acquiring part of RSA,” observed Victor Adesanya, vice president of insurance for credit ratings firm DBRS Morningstar, in a recent interview.

Intact reported Nov. 3 a combined ratio of 94.5%, in its U.S. specialty business, in the three months ending Sept. 30. This is a 1.4-point improvement over the third quarter of 2019. Intact is now using Intact Specialty as its brand for OneBeacon and The Guarantee Company of North America, which it acquired in 2019.

If the tentative deal announced Nov. 5 goes through, Tryg would take over RSA’s Sweden and Norway operations, with Intact and Tryg co-owning RSA’s operations in Denmark. 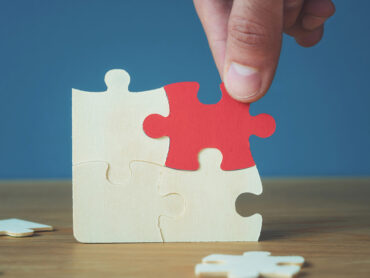 Intact would end up owning RSA’s business in Britain, Ireland, the Middle East and Canada.

“RSA is more international than Intact. As a result, RSA has more brand recognition internationally, especially in Europe. I am not sure what they are going to do with the RSA brand because it is a strong name. They might keep it,” Marcos Alvarez, senior vice president and head of insurance for DBRS Morningstar, speculated this past Friday in an interview.

“The possibility of acquiring RSA Canada is probably the jewel in the crown for Intact because that would consolidate their position in the country,” Alvarez said. “It is always interesting to see Canadian insurance companies going international. We also have Fairfax, which traditionally has been an international operator of insurance companies.”

The proposal by Intact and Tryg to acquire RSA would cost about £7.2 billion, with Intact paying £3.0 billion and Tryg paying £4.2 billion. The British Pound closed Thursday at Cdn$1.73, meaning Intact would have to pay about Cdn $5.2 billion to acquire the RSA operations it would take over if the deal with Tryg goes through.

A big portion of Intact’s cost could be borne by Canadian pension funds.  Intact announced Nov. 12 it reached tentative equity funding agreements with subsidiaries of Caisse de dépôt et placement du Québec, Canada Pension Plan Investment Board and Ontario Teachers’ Pension Plan Board. Those three pension funds would get a grand total of 23.8 million “subscription receipts” for $134.50 each. Each subscription receipt means the holder has the right to receive one common share of Intact as well as a commitment fee if Intact and Tryg close the acquisition of RSA. This means that Caisse, CPP Investments, and Ontario Teachers’ are committing $1.5 billion, $1.2 billion, and $0.5 billion (all figures in Canadian dollars), respectively to fund the RSA deal.

“The fact that Intact was able to get support from pension plans to be able to finance the deal, mostly by raising equity financing, says a lot about the nature of the deal,” Alvarez told Canadian Underwriter.