What the recovery from commercial hard market could look like

Brokers could see a “K-shaped” recovery from the hard market in commercial lines because some sectors have been hit harder by the COVID-19 pandemic than others, panelists observed in a webinar hosted Jan. 25 by Canadian Underwriter.

Some commercial lines are harder than others, P&C industry executives observed during the Monday webinar, Canada’s P&C Industry in a Post-COVID World.

“We always talk about the hard market as this big mass for commercial overall,” Aviva Canada CEO Jason Storah observed. “I think what we are seeing now is divergence of segments…

“Obviously sectors like retail and hospitality have been quite hard hit compared to a number of other sectors. So I think we will see different segments and sectors of the commercial market react differently over the next 12 to 24 months in terms of the rate and the underwriting appetite that is available to them.”

The panelists alluded to the impact of COVID-19 on restaurants, hotels, motels, airlines, event venues and retailers. Many of  those types of clients have seen a collapse in revenue since the COVID-19 was declared a pandemic in March of 2020.

“It’s a K-shaped recovery, in my opinion,” Matthew Turak, group president of insurance at CAA Club Group, said Monday. “There will be a different path to recovery for some industries, versus a longer path for recovery for certain industries that were more affected by the pandemic.” 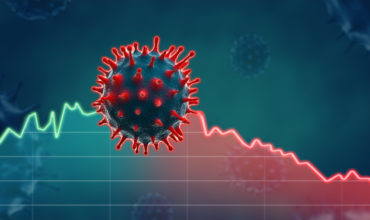 Carol Jardine, president of Canadian operations at Wawanesa Mutual Insurance, observed that retail sectors, bars and restaurants were particularly affected by the economic downturn. At the same time, she noted, they are offering services that many people are missing as they remain socially distant to avoid the spread of COVID-19.

“So when you ask me which areas of the economy will bounce back [after COVID],” Jardine said, “I think it will be those things that give us immediate happiness that we are missing right now.”

When can the industry expect the current hard market to end? It’s already been longer than any hard market seen for the past decade, as many industry analysts have noted.

Canadian Underwriter put the following poll question to the 894 industry professionals who logged into the webinar: “How long after September 2021 will it take for the hard market cycle in the property and casualty insurance industry to turn soft again?” [The assumption is that widespread vaccine distribution will reduce the threat of COVID-19 by September].

“A lot of that is what we project in the investment market returning,” Turack said of the poll results. “Do we think that interest rates and the ability to get great returns from our investments are going to be there in the future? Are [interest rates] going to be low and similar to what we have now? Is there going to be a focus on underwriting income and expense management during that time to retain profits and to create returns on investment?”

The rate increases clients saw in late 2020 and early into this year were not as severe as the increases in 2019, Storah suggested. “I think that reasonability level is going to continue,” he added. “Just as we saw capital and underwriting appetite exit the market, I think we could see it come back in quite quickly as well.”

Jardine noted that the pandemic did not cause the hard market. “The loss ratios were just unacceptable,” she said. “We saw that in 2019.”

Storah made a similar point in response to a question from the audience about the impact of climate change on the current hard market. He observed that many different factors contributed to the hard market, not just climate change or the pandemic alone.

“Climate change has been around for way before [the hard market],” Storah  said. “It’s not what forced the hard market. I think it was years of underpricing and a soft market, and all of a sudden, it caught up with the industry.

“And you can argue the impact of COVID on the hard market: It’s made insurers that would have been really bullish about tightening underwriting appetite or putting rate increases through. They’ve had to put a pause on that.”