Most Quebec homeowners are covered for fire following earthquake, according to a survey by the province’s regulator, which canvassed about 90% of insurers doing business in Quebec.

Fire following earthquake was a topic of discussion Wednesday at CatIQ Connect, produced by Catastrophe Indices and Quantification Inc. (CatIQ) and held at the Metro Toronto Convention Centre. 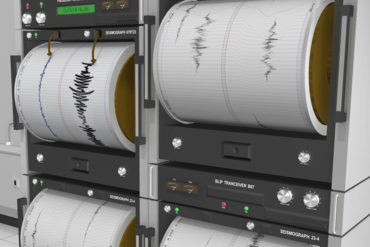 “Some insurers automatically include [fire following earthquake] coverage with their basic policies or an endorsement without any additional premium,” AMF senior director Nathalie Sirois said during Canada’s Survival Guide to Overcoming a Major Earthquake, a panel held Wednesday at CatIQ Connect.

Fire can follow an earthquake due to electric shorts, release of gas, spilled chemicals, open flames, candles or industrial processes, said Charles Scawthorn, president of SPA Risk LLC, during the panel. This is exacerbated by the time it takes to discover a fire if a building’s occupants left during an earthquake, as well as the time it can take the fire department to respond if multiple fires follow an earthquake.

One of Scawthorn’s slides showed photos of massive fires in San Francisco in 1906 (following the massive earthquake) and Tokyo following the 1923 earthquake that killed about 140,000.

“The potential for these kinds of disasters has not gone away,” said Scawthorn.

For earthquake endorsements on home insurance, the takeup rate for is 3% in Quebec and 40% in British Columbia, said Sirois.

The price can be expressed either as a percentage of the total premium or just a dollar amount.