What worried drivers are not doing as winter hits 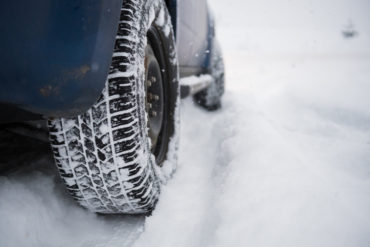 Many drivers in British Columbia are not taking proper precautions to get their vehicles ready as winter weather hits, despite admitting they’re nervous about driving in icy and snowy road conditions, according to a new survey.

The British Columbia Automotive Association’s (BCAA) Winter Driving Survey found that 43% of respondents said they’re worried about being behind the wheel as bad weather hits. However, almost a third (32%) said they’re holding off on getting their vehicle ready for winter, opting for a wait-and-see approach. Meanwhile, more than one-in-five (21%) either have no plans to get their vehicle winter ready or will wait until the last minute.

The survey found that drivers are less prepared in areas that see less snow, like Metro Vancouver and Vancouver Island. That doesn’t change the fact, however, that drivers shouldn’t ignore the dangers of winter driving as snow will hit at some point everywhere, said BCAA automotive manager Josh Smythe. Not to mention icy conditions, fog and heavy rain can also lead to hazardous conditions, he added.

BCAA said roadside assistance calls can spike 40%-60% across the province when bad weather hits, even doubling in the Vancouver area.

There are also newer challenges facing B.C. drivers, Smythe noted. “There are newer weather patterns to consider, including windstorms, which some of B.C. has already experienced this season.”

These changes have caught the attention of drivers in the province. Two-thirds said they’ve become more vigilant about getting their vehicles ready for winter thanks to unpredictable weather.

It’s something that can be improved upon, Smythe said. “Some of us consider ourselves ‘frost forward’ and get our vehicles ready early in the season, but too many are too chill about winter driving and that’s just dangerous for everyone.”

What can brokers do to encourage their clients are prepared this driving season? A full vehicle checkup should be completed sooner rather than later and winter tires should be installed. By law, drivers are required to have winter tires on most B.C. highways by Oct. 1.