What young workers entering the industry are not learning

As Baby Boomers retire en masse from the P&C insurance industry in Canada and Millennials step into leadership roles, the younger generation is missing out an opportunity to learn soft skills from the older generation.

That was one of the messages delivered at the Connected Insurance Canada conference last week. Kiara Graham, a learning strategy consultant with cloud software company D2L, told attendees that while the insurance industry is typically very good at providing things like licensing and product training to new hires, the transfer of soft skills between generations is often missed. 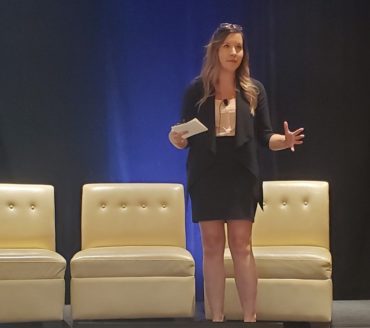 “It’s untrained Millenials who potentially haven’t developed those leadership skills and who lack peers to learn it from because those people who have those skills are leaving our organizations,” Graham said during the session, A Skills Strategy for the Insurance Organization of the Future. “We’re not capturing their knowledge in any way and we’re not transferring it to those who are replacing them.”

According to a Canadian P&C industry demographics reported released last year by The Insurance Institute of Canada, one-quarter of the industry’s workforce is expected to retire over the coming decade, with most retirements expected over the next five years.

“Those people are not just leaving, they are leaving with everything they know,” Jeff McCann, co-founder and CEO of Apollo Exchange said last month at a separate conference, the Insurance-Canada.ca Executive Forum. “It’s not written down anywhere, it’s not documented. It might be in a paper file, but you can’t search it.”

Although Baby Boomers are retiring, Millennials are taking their places – and these younger workers now account for the biggest demographic cohort in the Canadian P&C industry. The industry’s demographic profile has changed significantly between 2007 and 2017, even in the past five years, the Institute’s study shows. In 2007, Millennials accounted for just 12% of the industry; that increased to 27% in 2012 and 39% in 2017.

“I think this generational shift is important when we think about soft skills because we have an entire cohort that is in the process of leaving the workforce,” Graham said of Baby Boomers. “What do they have that they are taking with them? They have soft skills developed over the course of a career – the ability to de-escalate a customer who is calling in because their claim has been denied; the ability to explain that effortlessly and successfully because they do it over and over and over and they know how. Leaders, managers, who are retiring and taking with them those leadership skills that, again, they’ve developed over the course of a long career.”

As the industry digitally transforms, it is an opportunity to focus on these soft skills, like empathy, that sets humans apart from technology. “I think that allows us as organizations to focus on our brands and focus on what really differentiates our brands by putting the focus on that customer experience and on those interactions that our people – our frontline staff – have with our customers,” Graham said. “And those interactions become increasingly more meaningful when they do happen because they happen less and less frequently because of automation.”