What’s the difference between a “self-insured retention” and a deductible?

A “self-insured retention” [SIR] is effectively the same thing as a deductible in a contract triggered by an insurer’s duty to defend, an Ontario court has ruled in a case involving an agreement between an elevator contractor and the building owner/property manager. 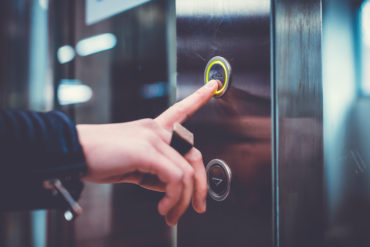 “Even if the SIR is not technically a deductible, they are obviously similar and functionally related,” Ontario Superior Court Justice James Diamond wrote in Henry v Thyssenkrupp Elevator (Canada) Limited.

“Both an SIR and a deductible share many common traits, and any distinction(s) between them do not undermine the purpose of clause 1.7.5 of the agreement [between the elevator contractor and the property manager]; this clause is quite expansive. The Court of Appeal for Ontario has treated self-insured retentions and deductibles as effectively one and the same on several occasions. I see no reason to depart from that approach.”

In Henry, a plaintiff was injured while getting off the elevator in a residential apartment building in Toronto. The plaintiff claimed the injuries were sustained due to a lack of levelling between the elevator floor and the ground floor, causing the fall. The court in Henry did not rule on the merit of the allegations, none of which have been proven in court.

The plaintiff sued the property owner, Sunder & Company, and the property manager, Greenwin Inc. The defendant owner and property manager made a cross-claim against Thyssenkrupp Elevator, saying the elevator contractor had a duty to defend them in the case, based on the contract between them.

The agreement between the property owner/manager and Thyssenkrupp stated that the elevator contractor would take out and maintain comprehensive or commercial general liability insurance in the minimal amount of $5 million to respond to all covered incidents, including personal injury.

Attached to the policy was a Self-Insured Retention Endorsement that contained a self-insured retention (“SIR”) of US$250,000. “In other words, all insureds would assume self-coverage of retained amount of $250,000, and that none of the coverage under the policy ‘kicked in’ until the full $250,000 was exhausted and paid by the insureds,” Diamond wrote.

“A self-insured retention is an amount than an insured retains and covers before insurance coverage begins to apply,” Diamond found. “That is a form of a deductible, or at least akin to a deductible, which allows the insurer to not defend a claim unless the insured intends to call upon the policy.”

Diamond found in favour of Sunder that Thyssenkrupp did have a duty to defend Sunder, based on the wording in the contractor agreement. Since the court found a duty to defend, that triggered Thyssenkrupp’s contractual agreement under Clause 1.7.5 to bear the costs of all deductibles, including, in this case, the $250,000 self-insured retention.

More News
Related
Insurance lawyer explains how Ontario court ruling affects vehicle owners who ‘hand out their car like candy’
Court denies replacement value coverage on fire claim after owners plan to build larger structure on same Ottawa site
Does CGL’s duty to defend apply to the insurance policy as a whole?
Your landlord agrees to insure the property. Why the landlord can still subrogate against you

5 Comments » for What’s the difference between a “self-insured retention” and a deductible?