Municipal insurance rates have been rising significantly and the only way to bring them down isn’t only in the hands of the insurance industry, according to a brokerage leader. It’ll take a team effort from multiple parties.

Canadian municipalities have seen rates go up over the last decade in both liability and property areas, said David Richards, Toronto-based CEO and co-founder of brokerage and risk management company EQUA Specialty Risk Partners Corporation. Insurers, seeing losses pile up, have left the space, reducing capacity and options for brokers and their clients.

“With all due respect, I don’t think this is going to be solved by a commercial marketplace exercise. Some consideration has to be given to amending the laws, to municipalities collaborating together to come together to solve this situation together as a whole — and then go to the private market to find a solution for it,” Richards said. “But until the municipalities and their associations come together and align on whatever that could look like and pick a partner or a consultant to work with them on that, it’s going to be a continual supply-demand conversation.” 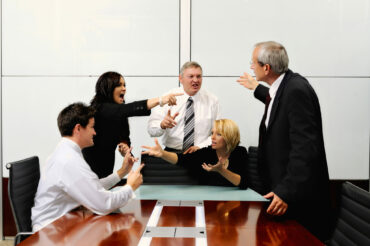 An argument he has heard from most municipalities, brokers and insurance companies is that these challenges will eventually work themselves out. Eventually, capacity will return, insurance companies will come back to writing the business, which will create competition and straighten everything out.

“The reality is, I don’t think that’s going to happen for a very long time unless the industry, the municipalities and government get together to work together to solve the problem,” he said in an interview.

“Municipalities need to develop relationships with their markets and their broker to get away from this bidding war that’s occurring because it’s detrimental to their success long term.”

What’s at risk if solutions can’t be found?

“If it doesn’t get solved, [municipalities] can’t buy insurance, and then that’s a free for all for the taxpayers and that could be unlimited liability, potentially, which is a problem,” Richards observed.

Legal changes are also needed to stem losses. “As the population grows in Canada, there’s opportunity for more losses. And the more losses, the more cost.”

At the end of the day, whatever insurance can’t cover is left at the feet of the citizens. “It becomes a burden of the taxpayer and I don’t think that’s right,” Richards said.

Pointing fingers at the law or insurance companies, though, isn’t helpful. Richards again stressed the need for a team effort to find solutions. “I think we’re all in this together and I think until all parties can reconcile in their heads that it’s going to take everybody putting in 30% to get to the 100%. Until that happens, this treadmill that we’re on will continue to get much faster and much more expensive to operate.”