What’s new in education for MGAs

The Insurance Institute of Canada is preparing a three-course program specifically tailored to the needs of Managing General Agents (MGAs) in Canada. 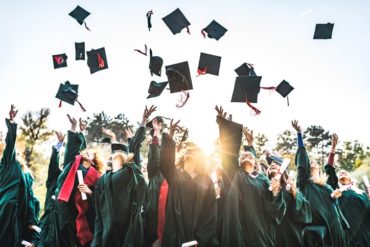 The hope is to launch the first phase of the MGA program in early 2020.

“The program would be the first of its kind in Canada, for sure,” Brad Neal, vice president of business development and strategic partnerships at the Insurance Institute of Canada, told Canadian Underwriter in an interview.

“We are looking to provide learners with a foundational knowledge [of MGAs], something that will complement their on-the-job training. It will give them the confidence to say: ‘Okay, from what I understand of an MGA’s specialized knowledge, it’s a different risk analysis perspective I need to take, and I also need to understand delegated underwriting.”

Gary Hirst is president of Canadian Managing General Agents (CAMGA), a forum representing more than 140 Canadian MGAs. Recognizing the need for an education tailored specifically to MGAs, he approached the Institute with the idea of partnering in the development of a new program.

CAMGA is based on three pillars, Hirst told Canadian Underwriter Tuesday – education, regulation and advocacy. As part of the education pillar, Hirst and CAMGA’s board of directors are working together with the Institute to hammer out a new program that recognizes key differentiators between MGAs and brokerages.

One is that MGAs have binding authority to underwrite certain forms of coverage. In that sense, they are agents for a different group than brokers.

Another differentiator is in the types of risks that brokers and MGAs cover. In contrast to brokers, who are very familiar with “retail” risks and coverages in the insurance marketplace (private passenger home and auto policies are examples), MGAs work in a much more specialized place.

Neal provides the following example: “Many companies will not cover student housing, whereas some MGAs are built on offerings of student housing. And so, how do you take an underwriter who has worked at ABC Company who doesn’t want that risk and say to them: ‘This is how we make our living at the MGA.’ How do you change that lens?”

While the course content will not drill down into a specific specialized risk, Neal said, the Institute’s MGA program will provide the foundational perspective to get the ball rolling, and then the MGA’s on-the-job training will take the learner into the specifics of any particular specialty risk.

In addition to providing the basics about the unique perspective of MGAs, Hirst said, the program aims to cover many different transactional aspects of the MGA workflow, including:

“It really is, I think, a course that covers every stage of the workflow within an MGA,” Hirst said.

John Stathakos, director of academic programs and product development at the Insurance Institute of Canada, said the first course would delve into the foundational aspects of commercial insurance, a space where many MGAs do business.

The second course will dive further into delegated authority and underwriting. This would include a look at various markets, including in Canada and the Lloyd’s Market.

In the third course, learners will apply what they have learned in the first two courses to identify and solve issues on the job in their own MGAs.