What you will be insuring in 10 years (hint: not so much auto) 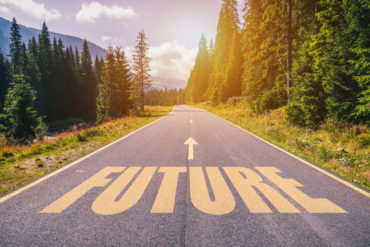 Thanks to the progress expected of autonomous vehicles, auto insurance will plateau, Rowan Saunders, Economical Insurance president and CEO, predicted during a panel discussion at InsurTech North recently in Toronto.

In its place will be “new risk – climate change, property damage, cyber risk,” Saunders said. “So I think the types of things we’ll be insuring are going to shift over the years.”

Saunders spoke at a panel with Rino D’Onofrio, head of RBC Insurance’s Canadian insurance business. The question was asked: What will insurance look like in 10 years?

After the decline of auto, Saunders answered that the industry will be bigger and riskier. The big players will only get bigger as consolidation continues. The current crop of leading companies will still be there, but re-imagined.

“They will look differently,” Saunders said. “There will be some new entrants. But I think you’ll be seeing the bigger, more sophisticated incumbents open up to be more innovative.” He added that investments in those changes are happening today. “And that’s the big thing — many of the large companies are really saying, ‘How much do I need to invest in transforming the business and keep evolving?’ As long as that attitude happens, I think [change] will happen.”

Change will be apparent on the digital front.

“For sure, it will be much more digital than it is today,” Saunders said. “As our entire lives become digital, so will the process. And it just won’t be the front end of it. It will be the entire value chain.”

He didn’t believe that the human element would be removed from the equation; in fact, it will still be key to provide the human touch.

“There will be a lot more AI and automation, etc.,” Saunders said. “But people are still going to play an important role there.”

A familiar gripe for consumers is the rising cost of insurance. Consumers want lower prices, but carriers are facing higher costs themselves. Innovation is required to lower costs for both consumers and insurers, Saunders said.

“I think there are still some big problems to solve – and opportunities,” he said. “Insurance is expensive. If you take your home, a couple of cars – what does that cost? It’s a big part of your disposable income. And the costs are going up. So being innovative around that, whether it’s enabling more shopping, more episodic insurance – buying what you need – I think that’s something to look at.”

Being risk-averse can hold companies back during times of change. There will be successes and failures as new ideas are implemented and it’s imperative to determine how the acceptance of negative results can be acceptable in the right circumstances, D’Orofrio said.

“The notion of failure is another one that’s kind of interesting. I got to tell you, that’s a tough one,” he said.

Telling people you will fail – and perhaps fail a few times – is not something other executives and shareholders expect to hear. “They’d look at us like we had three heads,” D’Onofrio said.

Having a fail-and-learn environment is fine, but pick the right spots in which it can happen and in areas doesn’t that doesn’t hurt those who are buying your products.

“I think it’s creating that environment in which it’s OK to fail and learn but also do … that where it doesn’t fundamentally affect the clients’ experience,” D’Onofrio said.