What’s the most dangerous form of driving? What telematics tells us… 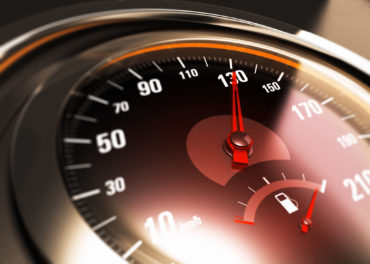 When it comes to the most dangerous form of aggressive driving, speed stands above the rest as most likely to cause a crash.

Research from the University of Waterloo has found that speeding is more likely than hard braking, hard acceleration and hard cornering to cause a vehicle to crash. The university combed through 28 million trips recorded with telematics data to see that speeding led to more crashes than the other riskier behaviours. In fact, the other forms of aggressive driving were statistically insignificant when it came to collisions.

What does this mean for an insurance company? They should assess a driver’s risk based on how fast they drive.

“For insurance companies using this telematics data to assess who is a good risk and who isn’t, our suggestion based on the data is to look at speed, at people driving too fast,” said Stefan Steiner, a statistics professor in the university’s mathematics faculty.

The study now provides factual evidence that speed is a leading cause for crashes. Previously, this was just an assumption, said Allaa (Ella) Hilal, an electrical and computer engineering adjunct professor.

“Some of the results are no surprise, but prior to this we had a whole industry based on intuition,” she said. “Now it is formulated – we know aggressive driving has an impact.”

Phil Gibson, managing director of personal insurance at Aviva Canada, agreed. “This analysis and the conclusions of the researchers confirms what we’ve seen in our experience for years: drivers who speed are more likely to be involved in an accident. We (insurers) have historically used moving violations, like speeding tickets, in pricing and underwriting auto insurance, because they reflect an increase in the risk of a driver having an accident,” he told Canadian Underwriter.

There are still some unknowns, however, Steiner cautioned, such as the same vehicle being used by different drivers and that further research was needed to verify their results.

Still, the study could impact how telematics data is used by the insurance industry. Rather than judging risk based on age, location or gender, a look at a person’s driving data could determine their premiums.

Furthermore, Hilal noted, to the extent that drivers know their data is being tracked and therefore curb their risky driving behaviours, better driving could lead to better rates. “Having this information exposed and understood allows people to wrap their minds around their true risks and improve their driving behaviours,” she said. “We are super-pumped about its potential.”

Recently, insurance industry experts told Canadian Underwriter that distracted driving was their biggest concern for drivers as crashes rise. Aviva Canada said the total number of vehicles repaired was up 2.2% from 2017-18 in the provinces in which the company operates.

Blame was put on people using their cellphones while driving, as well as people being distracted by infotainment systems in the vehicles. Now compound distracted driving with aggressive behaviour and you have a potential recipe for disaster, Gibson said. “Any of those four aggressive driving behaviours (speeding, hard braking, hard acceleration and hard cornering) analyzed would be made much more dangerous if the driver is distracted in any way.”

1 Comment » for What’s the most dangerous form of driving? What telematics tells us…