What’s the state of the cyber market these days?

A lack of scrutiny around the risk being taken on and a flawed claims process bit the cyber insurance market hard, especially over the last year, according to experts in the field. Now, they added, there are signs that insurers are starting to right the ship.

After being hit with sky-high loss ratios driven by the shift to working from home from the onset of the COVID-19 pandemic, insurers are working to the mistakes they made along the way in offering cyber coverage, said Tim Zeilman, vice president of global products — cyber at HSB.

And insurers have made a dent. “The insurance industry as a whole is working very hard to bring those numbers under control and get back to profitability,” Zeilman reported.

They’re using some good old-fashioned techniques to tackle a challenge brought on by new-age problems. “Insurance carriers are taking lots of action on their own [by way of] traditional underwriting actions like scrutinizing potential insured, more asking for more information, underwriting more carefully, being selective about the size of the insureds or the industries that they write, imposing sub-limit exclusions, coinsurance, raising rates,” he said. “All those traditional insurance tools to [help] right the ship when an underwriting problem is going on. All those tools have been actively used.” 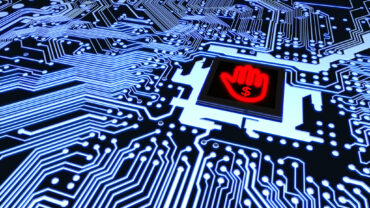 There are no exceptions here, noted Matt Cullina, Sontiq head of global insurance business. Insurers are all trying to navigate through these tough times.

“In the standalone cyber market, everybody’s taken rate. Everybody’s looking at their underwriting practices, their policy language. They’re all trying to tighten their belts a bit around the risk selection,” he told Canadian Underwriter.

A focus for insurers is around claims — making investments to better their approach, enhancing expertise among its experts and ensuring those handling claims have experience in the area.

“What they’re finding in all this increased claims activity is they’re seeing flaws in how they’ve approached the claims-handling side,” Cullina reported. “It’s causing leakage or other exposures for them. So they’re really tightening their claims practices.”

Brokers are also doing their part to help clients amid rising rates. “We’ve seen and heard from cyber brokers [recently] that risks that have never shopped — maybe they bought a policy from one company five, 10 years ago and never went back to get competitive quotes over the years — are now out there getting quotes because the rates have increased so much,” Cullina said. “So we’re seeing a lot of buying activity and a lot of transactional activity.”

While he hasn’t seen it in his own files, a Coveware report noted a significant drop in ransomware payouts. If this trend plays out on a greater scale, it would work in the industry’s favour. It may be, Zeilman hypothesized, cybercriminals are asking for too much of their victims. They may be inflicting too much pain and the victim decides it’s not worth it to pay up or that demands are too high and they’ll take the loss.

“There would naturally be a point at which they’re asking for too much and people will just stop paying,” he said. “And it seems like maybe we’ve gotten to that point — that they’ve been pushing the envelope as far as what they can demand, and they’ve been trying to ratchet up the pain at the same time to increase that that natural tipping point.”

Ransomware may never go away but maybe ransomware demands are plateauing or even receding, Zeilman said. If so, that’s a boon to the insurance industry.

“This is speculation, certainly, but that would be my guess is that as much as I’d like to see…that maybe we’re seeing an inflection point here that’s going to lead towards the end of ransomware. And I think as nice as that would be, I think that may be a little bit too much to hope for at this point. But perhaps what we can look forward to is maybe some lower demands on average.”