When a relationship is a “roller-coaster” ride, who counts as a “spouse” in an auto policy?

Insurers relying merely on co-habitation in the context of a stormy relationship between spouses with a child will have a tough time proving a person doesn’t meet the definition of a “spouse” in an auto policy, as suggested in a recent decision by the Ontario Superior Court of Justice.

A rocky relationship featuring a couple having a child together, living together sporadically, and one referring to his spouse as an “ex” in reports to police and child services, still counts as a spousal relationship when seen in the context of the entire relationship, Ontario’s Superior Court held Tuesday.

The court thus found Ryan Holtzhauer met the definition of “spouse” applicable to the uninsured and underinsured coverages under the auto insurance policy of Kim Melcher, his partner at the time he was hit by a car at the side of the road in June 2009.

At the time of the auto accident, in June 2009, Holtzhauer made a claim for accident benefits under Melcher’s auto insurance policy with Intact Insurance. Despite the volatility of the relationship — characterized by their not living together multiple times throughout their many years together — the court agreed Holtzhauer was a “spouse” under Intact’s policy and Ontario’s Insurance Act.

“There is no question that Ryan told police in February and again in March 2009 that Kim was his ‘ex,’ even going so far as to state that they had been separated since June 2008 (when Kim moved to Hamilton),” Ontario Superior Court Justice David A. Broad ruled in a decision released Tuesday.

“However, these statements — which were recorded by police after being summoned by Ryan to [Holtzhauer’s mother’s residence in Guelph, Ont.] — were isolated statements [that] lacked the full context including that Ryan and Kim’s relationship, almost from its inception, was marked not only by volatility, conflict and anger, but also by a pattern of temporary separations and subsequent reconciliations.

“Whenever they fought and separated, they always went back to each other and resumed their sexual, emotional and business relationship.”

Elsewhere, the court found: “I do not find Ryan’s statement to [Family and Child Services] on Sept. 9, 2008, in which he described her as his ‘ex-girlfriend,’ supports a finding that Ryan regarded his relationship with Kim at that time to be at an end and a convincing demonstration that that state of mind was a settled one.

“The two were living in separate cities at the time (Kim having moved to live with a friend in Hamilton for a few months during this time) and a colloquial reference to Kim as his ‘ex-girlfriend’ may have been expected and is not of significance when considering the totality of the evidence.” 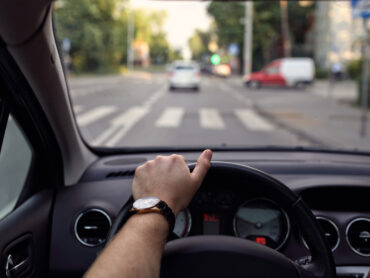 Ryan Holtzhauer was a pedestrian travelling on Highway 7 near County Road 32 in Guelph on June 30, 2009, when he was struck by a vehicle driven by Anthony Homer Peck. Peck was the unlicensed operator of an uninsured vehicle. Ryan was seriously injured in the accident and hospitalized.

He applied for accident benefits under Melcher’s policy, which included the Family Protection Coverage Endorsement under the Ontario Policy Change Form 44R (the OPCF 44R). The endorsement provides coverage for “the insured and his or her spouse…while not the occupant of an automobile…who is struck by an uninsured or unidentified automobile.”

Among other things, Ontario’s Insurance Act defines “spouse” as people who “have lived together in a conjugal relationship outside marriage…in a relationship of some permanence, if they are the parents of a child.”

Court documents show Holtzhauer’s relationship was a stormy one, and the two often argued and moved out to “cool off,” usually to reconcile later.

At the time of the accident, Intact’s adjuster initially agreed Holtzhauer was Melcher’s spouse. But the insurer later obtained legal documentation, including police and child services reports, of an incident suggesting the couple had separated one month before the accident.

“In the fall of 2006, there was an incident between them which led to police involvement and the imposition of a ‘no-contact order’ on Ryan, which Kim arranged to have lifted after one or two weeks,” the Ontario Superior Court found. “However, following brief separations, they always got back together until June or July 2008 when Kim left to reside with friends in Hamilton.”

Holtzhauer continued visiting Melcher, and vice versa, while Melcher was living in Hamilton. In late September or early October 2008, Melcher moved with their son, Carter, from Hamilton to an apartment in Waterloo, Ont.

In February 2009, Holtzhauer testified he was waiting for Melcher to drop Carter off at his mother’s residence in Guelph. Melcher had dressed Carter in a raincoat rather than a winter coat and they argued about it, which led to Holtzhauer calling the police.

Holtzhauer said he called police because he was upset about the raincoat and wanted it documented. Intact’s counsel suggested it was to remove Melcher from his mother’s residence in Guelph, because Melcher refused to leave after he declined to give Carter to her.

Around the time of this incident in February 2009, Holtzhauer testified he was serving an intermittent sentence at a correctional facility in Mimico, Ont. Melcher drove him to Mimico on Friday afternoons and picked him up on Monday mornings. Melcher dropped Carter off with Holtzhauer’s mother in Guelph, so that Melcher could take care of the couple’s snowplowing for the business over the weekend.

Melcher and Holtzhauer were still fighting as of March 2009. But he said they continued working in business together, and started to live together again in Waterloo, one month leading up to the June 30, 2009. The court stated this evidence proved the co-habitation part of the spousal definition.

Also, the court found, Melcher’s reaction to the accident demonstrated the relationship remained very much intact.

“Kim [Melcher]’s attending [Holtzhauer] immediately at the hospital in Hamilton, her demonstration of affection and concern exemplified by her getting into Ryan’s hospital bed and cuddling with him, and her acceptance of responsibility to care for all of his needs, including his hygiene, food and medical/rehabilitative requirements, during his recovery at the [Waterloo] apartment rather than leaving that to [Holtzhauer’s mother], who was prepared to take it on, are not the behaviours and attitudes of the person who had formed a settled intention to bring the relationship to an end,” the court concluded.