When can Canadian clients get advance warning of earthquakes?

If an earthquake hits Canada after 2024, some clients could get at least a few seconds’ advance warning. At least that’s what the federal government is hoping for.

The system would not predict earthquakes before they happen. But Ottawa is aiming to give people at least some advanced warning of an existing quake.

“The warning time can be anywhere from a few seconds to a maximum, for some earthquakes, of perhaps a minute or two,” Seywerd said during Communication Tools for Preparedness and Recovery, a panel held this past Wednesday at CatIQ Connect, produced by Catastrophe Indices and Quantification Inc. 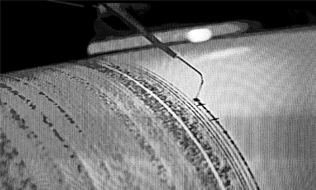 An earthquake early warning system could potentially let organizations turn off gas valves or stop trains within seconds of a damaging earthquake. It could also potentially enable fire departments to open vehicle bay doors at firehalls, before the quake hits, said Seywerd. This reduces the risk that firetrucks are trapped in buildings whose doors won’t open.

Natural Resources Canada aims to have its system operational around 2024 and be “closely integrated” with a system in the United States, Seywerd said at CatIQ, held Feb. 3-5 at the Metro Toronto Convention Centre.

“If you are able to detect the P waves as they are emitted, that gives you warning that the strong S waves are following. So the further you are away [from the epicenter] the longer the warning time you have,” said Seywerd.

As it stands, Natural Resources Canada needs to install hundreds of stations to detect those P waves at areas of high risk.

The alert system would be similar in concept to the Amber Alerts police use right now, Seywerd suggested in reply to a question from the audience.

“You need a system that has no glitches, no slowdowns,” he said during the Q&A. “We are hoping the fifth generation [cellular wireless] systems will be able to be fast enough to distribute these alerts. Hopefully [5G wireless] comes around at the same time schedule that we are able to delivery those alerts.”

Fifth-generation wireless service is not currently available to consumers in Canada but both Bell and Rogers have recently said they are working on 5G for their cellphone customers.

Rogers said last month that that 5G will “support a massive increase in the number of connected devices that require near instantaneous access for applications like augmented and virtual reality, smart communities, remote patient health care, robotics and driverless vehicles.”

Bell said Feb 6 it is “ready to deliver initial 5G service in urban centres across Canada as next-generation smartphones come to market in 2020.”

1 Comment » for When can Canadian clients get advance warning of earthquakes?