When do limitation periods really begin?

The limitation period under a family protection endorsement runs from final judgement or settlement, the Court of Queen’s Bench of Alberta has decided.

Master in Chambers Brian Summers examined a case involving para. 6(c) of the SEF 44 Family Protection Endorsement, finding that the “interpretation most favourable to the insured is that the limitation runs from final judgment or settlement.” In making this decision, the Alberta court decided a conflict between limitation periods in two different acts.

That was the date when the underlying tort action in a motor vehicle accident was settled and a discontinuance of claims was filed.

The original accident involving Orest Andrew Nebozuk occurred on July 31, 1998. On July 5, 2000, Nebozuk began his tort action, seeking damages in the amount of $51,000. Three years later, he filed an amended statement of claim in the underlying tort action, claiming damages of $251,000; this was later updated in 2009 to claim damages in the amount of $634,500 for personal injuries, ongoing medical expenses and treatments, loss of employment and damages for future loss of income.

In the case, Northbridge applied for summary dismissal of the action on the basis it was commenced outside the applicable limitation period. But Summers dismissed that argument, finding that while para 6(c) of the endorsement is ambiguous, “given the ambiguity, the interpretation most favourable to the insured is that the limitation runs from final judgment or settlement. That in my view is in any event the proper interpretation of para. 6(c).” 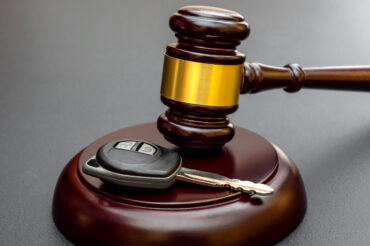 Para. 6(c) of the SEF 44 endorsement reads as follows:

Every action or proceeding against the insurer for recovery under this endorsement shall be commenced within 12 months from the date upon which the eligible claimant or his legal representative knew or ought to have known that the quantum of the claims with respect to an insured person exceeded the minimum limits for motor vehicle liability insurance in the jurisdiction which the accident occurred. No action which is commenced within 2 years of the date of the accident shall be barred by this provision.

So, is the limitation period for the SEF 44 action one year or two years? Summers said the “most thorough and thoughtful consideration of the interplay between section 6(c) of the SEF 44 Endorsement and the Limitations Act” was by Justice [Jean] Côté on behalf of the Court of Appeal of Alberta in Shaver v. Co-operators General Insurance Company. The plaintiff sued his insured under the SEF 44 Endorsement more than 10 years after an accident occurred, but just six months after an unsatisfied judgement fund finally decided how to apportion its limits.

Justice Côté asked: What is the last day that the Act allows the plaintiff to sue? Does the contract choose a date earlier or later than that? If earlier, the contract is invalid; if later, that is valid.

“In this case, I follow Justice Côté’s direction,” Summers wrote in the most recent decision. “The last day that the Limitations Act allows the Plaintiff to commence the Section 44 Action is October 31, 2019. As the limitation period in SEF 44 Limitation provision sets an earlier date than that (by one year), the SEF Limitation Provision is not valid, in this particular instance.”

In making his decision, Summers also referred to French v. Kay before the Ontario Court of Justice in which the plaintiff lost a leg and would be confined to a wheelchair. “The court rightly observed that a case unfolds a piece at a time and not necessarily on a true path. The plaintiff worked and then did not work and then returned to work. The evaluation of the claim as to lost income was obviously difficult.”