In a $1.2-million dispute arising from a property resort fire, an Ontario appraisal umpire did not exceed his authority when he used a much higher depreciation rate than both the claimant and the insurer did to calculate the value of the property, an Ontario court has found.

A resort property owned by Senator Real Estate was destroyed by fire in March 2018. Intact Insurance covered the property with a limit of just over $1.24 million for the building. The two sides could not agree on the replacement cost value (RCV) or the actual cash value (ACV) of the building. Senator took the matter to appraisal, seeking an umpire’s ruling pursuant to s. 128 of the Insurance Act.

Before the matter headed to appraisal, Senator signed an interim proof of loss claim, which did not state a value for the RCV or ACV. Intact issued an advance payment towards the loss of the building for more than $818,000. The insurer calculated that initial amount using a 44% depreciation factor and the lowest replacement cost estimate in its possession.

Adjusters representing Senator and Intact exchanged several estimates for the cost to rebuild the building, but they never agreed on the RCV. In spring 2019, Intact’s adjuster asked one of its evaluators, Bourret Appraisals, to review a video of the building. Intact’s adjuster then agreed to change the depreciation percentage from 44% to 24%. 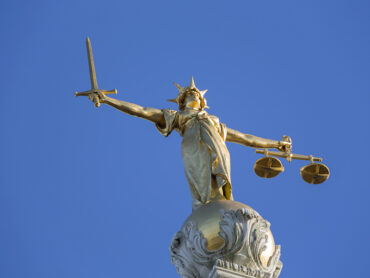 Intact’s adjuster sent an email to Senator’s adjuster on May 7, 2019, advising that Intact had changed the depreciation percentage. The email said Intact had accepted the change and that the revised ACV was now $1.095 million, leaving a difference owing of $277,624.

Intact’s adjuster advised Senator’s adjuster that the $277,624 would be issued once it has received Senator’s final statement of proof of loss. But Senator disputed the RCV amount, so instead it sent Intact an interim proof of loss, thus keeping the file open and unresolved.

Senator’s interim proof of loss, dated May 24, 2019, stated that the replacement cost and cash value of the building were “TBD.”

Senator took the matter to an appraisal umpire for final arbitration.

Intact appointed Byron Fairfield as its appraiser. Fairfield is a qualified appraiser, but not a licensed adjuster. Intact’s independent adjuster, throughout the early settlement negotiations with Senator identified in court records only as “Mr. Aubin,” did not provide Fairfield with any additional claim background or instructions.

Fairfield’s appraisal brief applied a depreciation rate of 45% to 48% and not the 24% that formed the basis of the initial settlement offer.

Senator argued before the appraisal umpire that the depreciation rate should have been 10%, and that Intact itself had agreed to a rate of 24%. It, therefore, argued that the umpire acted unfairly by applying the Fairfield depreciation rate of 45% instead.

But Intact denied an agreement with Senator to use the 24% rate, noting that Senator never sent over the final proof of loss, thereby showing that it disputed the 24% depreciation rate used to calculate the advanced payment.

Ontario’s Superior Court ruled against Senator’s appeal of the umpire’s appraisal decision, noting that the umpire was not bound by the alleged — and ultimately disputed — agreement between Intact and Senator on the 24% depreciation rate. Nor did Fairfield act unfairly in determining the 45% rate without knowing about the independent adjuster Aubin’s file, the court ruled.

More News
Related
The advice some lawyers give commercial clients over pandemic BI coverage
Why an adjuster’s notes are out of bounds in this subrogation case
Aviva loses $7-million coverage dispute over sexual abuse liability
Court ruling in hockey claim could lead to more joint defence situations: legal expert