“This is something the association has been working on since earlier this year,” Canadian Association of Managing General Agents (CAMGA) managing director Steve Masnyk said. “It’s been a long road as we been consulting and getting input from our members, obviously, plus regulators, carriers and brokers.”

CAMGA’s regulatory affairs committee has been spearheading the initiative, and the association’s board and membership approved and adopted it as a condition of membership starting Jan. 1, 2022, Masnyk reported. “These standards reflect the distinct role MGAs play as B2B firms as well as providers of underwriting services on behalf of insurance companies. Our goal is for these standards to provide transparent and smart operating procedures that any segment of the industry dealing with MGAs is aware of and comfortable with.” 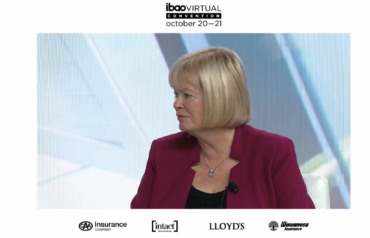 “But I think those things are known; I think they’re solvable.”

Carol Jardine, president of Wawanesa Insurance’s Canadian P&C operations, said that she was glad to see the formation of CAMGA, and is hoping that they will be able to tackle the issue of regulation for the industry. (Her comments were made before Canadian Underwriter spoke with CAMGA Monday.)

Both Jardine and Gagnon stressed the importance of MGAs for the industry. “MGAs sometimes fill gaps where it’s more difficult for us as domestic insurers who do not have expertise or have not been exposed to some risks,” Gagnon said. “I think we saw it through COVID.”

Gagnon added that while Intact doesn’t have a specific M&A growth plan for MGAs, if there is a line of business that the insurer wants to grow and where it doesn’t have internal expertise, “the MGA is a great way to do it.”

Jardine agreed that MGAs are of great value for risks that domestic insurers aren’t ready to undertake. “And that allows some of the domestic insurers to learn and follow. So, cyber is a good example,” Jardine said. “Now there’s a comfort level with what we will and won’t underwrite on cyber, and marijuana was a similar risk. From that perspective, I think MGAs provide great value.

“What worries me about MGAs is their lack of regulation,” Jardine said. “And it really concerns me.”

Brokers have professional standards; the Canadian Council of Insurance Regulators and provincial bodies all have expectations around treating customers fairly another other areas, and penalties if these expectations aren’t met.

“Insurance companies are highly regulated around our capital and the way that we handle things and we’ve got lots of people watching over our shoulders,” Jardine said. “MGAs are in this funny middle ground where they’re not regulated. They’re not brokers, they’re not insurance companies. They collect premiums, they pay claims, they write their own wordings.”

There is also the risk that the industry could “bear any reputational risk of an MGA if it doesn’t work out well,” Jardine said.

She added that she believes brokers should be able to access most risks through a domestic market, and hopes they would first look to the primary market. “And if they don’t have enough markets, then find a way to [work with MGAs]. But I get a little bit worried if too much of our business is going through an unregulated entity.”