Where auto insurance rate could go this year

Auto insurance rates on the whole have softened thanks to the COVID-19 pandemic. But as vaccines offer a glimmer of hope of a return to something resembling pre-crisis normal, it’s up in the air as to what will happen to auto premiums going forward.

In the fall, LowestRates.ca co-founder and CEO Justin Thouin told Canadian Underwriter that his website’s price index showed that auto insurance prices in Ontario, for example, dropped about 4% compared to the previous year.

But if a semblance of normal returns, will driving go back up and, thus, push rates back up as well?

An important aspect to figure out will be if the vaccines have widespread success in reducing and even eliminating a virus that has locked down many parts of the world for extended periods of time. 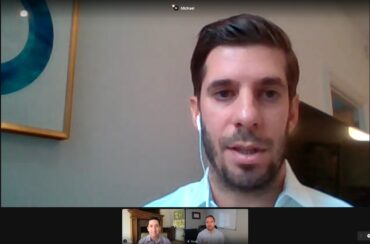 But perhaps a more vital determination may be what becomes of the work-from-home environment, Zaremski said during the recent Cambridge Mobile Telematics webinar, P&C in 2021 – Market Catalysts.

“I think these insurers are trying to figure out what percentage of the population is going to work from home more often,” he added. “Will that bend the miles driven and accident frequency curve?”

In terms of pricing for clients, he estimated that rates will remain soft for the foreseeable future with no dramatic swings one way or another.

“Insurers have been cautious in their approach. Other than the first few months of the pandemic, you’re not seeing insurers just cut premium rates … 10-15%. They’re taking a more cautious approach because they’re unsure about driving levels and 2021,” Zaremski explained.

Crash severity and medical severity are other areas that are causing uncertainty — insurers don’t want to cut rates so much that it impacts their ability to pay out claims. “So that’s leading the auto insurers to be more cautious in their rate cut approach,” he said.

Ryan McMahon, vice president of insurance and global affairs at Cambridge Mobile Telematics, said that his team has found that crash severity is up 10% during the pandemic — meaning that they’ve seen more crashes with greater force for the last 10 months.

“So does a 10% increase in the force [of a collision] translate to a 1% or a 30% increase on the settlement of that claim?” he wondered. “It’s so dependent on factors that are kind of downstream from that.”

Furthermore, the reduction in vehicle travel means increased competition for those low-mileage drivers is expected to pick up.

“I think that’s something that that is going to be a key marketing campaign driven by many different insurers that are trying to put products in markets that serve that individual,” McMahon predicted. “For me, personally, my car doesn’t move Monday through Friday, and I’m sure there are many others like me. Whether or not that persists is going to be really interesting to see as culture catches up to pandemic.”

Apple’s Mobility Trends Report shows that driving levels, after steadily increasing from May onwards, have been on a downward trend since peaking in September. As of Jan. 9, driving remains below Apple’s established baseline level (set in January 2020), where it has been since late December.

CAA MyPace is one example of an auto insurance option that is geared to low-mileage drivers, specifically those who drive fewer than 9,000 km per year. Drivers buy insurance in a pay-as-you-go format in 1,000-km increments. It launched in 2018 in Ontario and expanded in 2020 to Nova Scotia.

One thing is for certain, McMahon added, competition is not shrinking. There will be plenty of it in the market. “I would say that in 2021, there are probably more competitors [that will be] seeking that [low-mileage] auto policy. It seems like it’s not going the other direction.”