Pressures on commercial insurance rates will continue for the near future, but there will still be opportunities to write new business, says Jason Storah, CEO of Aviva Canada.

As for auto lines, it remains to be seen how driving levels (and claims) respond in light of recent government announcements easing pandemic restrictions. It looks like “telematics is going to be part of the fabric of the auto insurance market, even more so in the future,” Storah says in an interview with Canadian Underwriter Wednesday.

“I do think that [commercial lines] pressure is going to continue for a while. But even against that backdrop, I think there’s still lots of opportunity in the commercial market for growth. And I mean real growth, like writing new business, [and] holding on to your existing customers rather than just getting more rate for what you do.”

For example, infrastructure spending and construction activity “don’t seem to be tempering any time soon,” Storah says. “I think about our surety business and our large commercial business. I think there’s going to be lots of opportunities there going forward as well.”

Inflation continues to put pressure on rates, along with supply chain strain, labour shortages, reinsurance rates, and catastrophic weather losses (which were more than $2 billion for the industry for the past two years).

Storah shared his thoughts about the commercial hard market, climate risk and the Paris Agreement, and auto rates as the pandemic comes closer to an end. 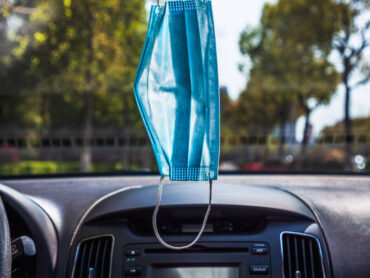 Speaking about auto rates, Storah notes that reduced driving levels witnessed during the pandemic in 2020 and 2021 were just a blip.

“’Do I know where levels of driving are going to return to in six months time? No.’ I know that in February, driving was the closest it’s been to pre-COVID levels for the last two years. We’re definitely going to see continued rate pressure with increased driving as people are going back to their offices.”

Telematics feels like it’s “going to be part of the fabric of the auto insurance market, even more so in the future,” Storah says. He notes telematics gets very detailed and granular data about customers’ driving behaviour, which is changing significantly.

Aviva has launched a telematics product as a “soft test with a few brokers in Ontario, and we’ll be launching it nationwide shortly,” he adds.

Overall, while there will be lots of opportunity in the market, it’s going to be volatile, Storah says.