Where Canada’s largest insurer sits with board diversity

Women will comprise nearly half the boardroom of Canada’s largest property and casualty insurer if shareholders vote for Intact Financial Corp.’s recently-released slate of board nominees. 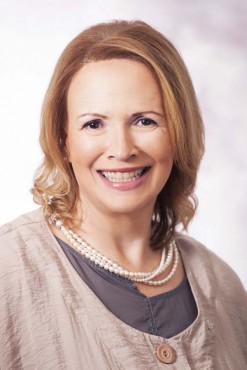 Intact has a policy requiring 30% representation from each gender on its board of directors.

Kinney is currently vice chair of banking advisory for Deloitte Canada. If she is elected by shareholders, women will make up 41.6% of the board of Intact, which led the Canadian P&C market in 2017 with 17% market share and $7.9 billion in net premiums written.

Robert Crispin, a director since 2004, is not standing for re-election to the board. Although he will step down from the board as of May 8, he will serve on Intact’s U.S. advisory board, and on the board of one of Intact’s international operating subsidiaries, the Toronto-based property and casualty insurer noted a management proxy circular released on Apr. 5.

“Mr. Crispin has been instrumental in building and growing the Company into what it is today through his continued commitment and dedication especially through his leadership of our Audit, Risk and Investment committees as well as his service on our Compliance Review and Corporate Governance committee,” Intact said in a management information circular released Mar. 29.

The other 11 Intact directors are standing for re-election to the board of Intact, which is traded on the Toronto Stock Exchange. The other Intact directors who plan to stand for re-election are CEO Charles Brindamour, chairman Claude Dussault, Magna International chair William Young, Robert Leary (former CEO of ING Insurance U.S.), Timothy Penner (former president of Proctor and Gamble Canada), Frederick Singer (CEO of educational software maker Echo360) and  Stephen Snyder, former CEO of TransAlta Corp.

Director elections are scheduled May 8 at Intact’s annual shareholders’ meeting at the Art Gallery of Ontario in downtown Toronto.