Where Canada’s largest mutual is putting its new Winnipeg headquarters

Four years from now, all of Wawanesa Mutual Insurance Company’s Winnipeg workers should be in a new office building.

Wawanesa announced June 13 it will have a new North American headquarters at the southwest corner of Carlton Street and Graham Avenue, near Bell MTS place.

Canada’s largest mutual property and casualty carrier, Wawanesa was founded in 1896 by 20 farmers who wanted to insure themselves, Carol Jardine, president of Wawanesa’s Canadian property and casualty operations, said this past January during a luncheon hosted by the Insurance Brokers of Toronto Region. 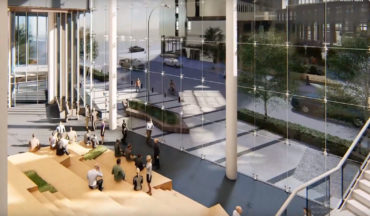 There are still people working out of a building constructed in 1936 in the community of Wawanesa, Jardine said at the time.

The new building in Winnipeg will bring about 1,100 employees under one roof, Wawanesa said June 13. Wawanesa has a total of about 5,000 employees.

Slated for completion in 2023, the new Winnipeg Wawanesa building will have 19 floors and 300,000 square feet of offices and collaborative spaces with views of True North Square and Winnipeg’s skyline. Wawanesa will be the only tenant. The site is about a block south of the Portage Place shopping centre.

Designed by A49, the facility will be built by PCL Constructors and will be the last remaining office development with a True North Square address.

Its neighbours will include Sutton Place Hotel & Residences and the Royal Winnipeg Ballet. It will be connected to the downtown skywalk system.

Wawanesa announced this past July it would stop writing direct in Quebec.