Which province will allow digital pink cards next? 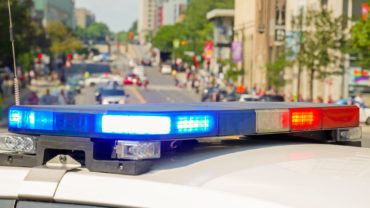 If George Hodgson’s crystal ball is working as well as he hopes, it may not be too long until Alberta drivers will be able to use digital insurance pink cards.

The chief executive officer of the Insurance Brokers Association of Alberta is thinking changes will happen this year, “sooner rather than later,” he told Canadian Underwriter.

“I think we’ve done a good job of ensuring it’s on the mind of the government. I would say this one piece of low-hanging fruit that the government will take a look at fairly quickly,” he said, adding that almost every state in the U.S. allows for it. “I think it’s time we got with the program. I think that’s a fairly high priority just because it’s a very simple fix.

Hodgson noted that it should contain no surprises as his group has been speaking on the issues for the last number of years: tightening the minor injury rules and expanding the diagnostic treatment protocol, removing the 5% cap on rate increases, making changes to prejudgement interest, allowing for digital pink cards and making changes to licencing in the province so to recognize educational equivalencies which would help fill about 100 jobs across the province.

Along with changes to pink cards, the 5% cap seems to be another change that could happen quickly, Hodgson believes. He doesn’t expect the current government to renew it going forward.

“I think it causes such distortion within the system. I think this government tends to want to have less regulation rather than more, so I think that’s a really good start for them,” Hodgson said.

If prejudgment interest rules can be changed so to not differentiate between pecuniary and non-pecuniary – like in Ontario – that would also help ease the insurance burden in the province. “Having it at 4% probably seemed like a really good idea but interest rates have dropped an awful lot since that was put in and I think the time has come for Alberta to be similar to other provinces,” Hodgson said.

Will these changes cure the system? No, but Hodgson said it gets things moving in the right direction.

“There are other things, such as the grid and that sort of thing to deal with down the road,” he said. “I am going to be having a number of meeting with various government officials over the next six to eight weeks where I can hopefully push this up the priority agenda. And, of course, to continue to encourage them to take our suggestions and solutions seriously.”