Which way is winter tire usage trending in Canada? 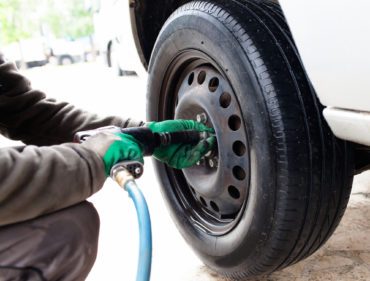 Canadians are getting the message when it comes to the importance of driving with winter tires, a new study has found. But Insurance Bureau of Canada warned that more than just strapping them to your car is enough to ensure safer roads.

Nearly seven in 10 (69%) Canadian drivers outside of Quebec are now riding with winter tires. It’s a number that has spiked, according to the Tire and Rubber Association of Canada’s (TRAC) 2019 Canadian Consumer Winter Tire Study, since 2014 when just over half (51%) said they were.

Winter tires are mandatory for all vehicles registered in Quebec from December 1 to March 15.

The growth in number is a good thing as far as making roads safer, but getting more winter tires on vehicles is just half the battle, said Pete Karageorgos, director of consumer and industry relations‎ in Ontario with IBC.

“Just because you have winter tires on your car, it doesn’t mean you have Superman’s cape,” he told Canadian Underwriter. “At the end of the day, it’s still critical that people drive according to the road conditions. Just because you have winter tires on your vehicle does not mean that you can drive as if the roads are clear and sunny as they are in the summer. So the awareness piece is critical. And it’s great that people get the message [about winter tires].”

Breaking it down by region, the study found 91% of Atlantic Canadians have winter tires on their vehicles, to which Karageorgos credited education and high snowfall amounts as keys to adoption. Ontario (69%) and B.C. (68%) came in at or close to the national average, with Alberta slightly below at 63%.

Public transit options, the ability to work from home during bad weather or, for a household with multiple vehicles, installing winter tires on just one and designating it the “winter beater” could also be reasons why people don’t make the change, Karageorgos suggested. “So there may be lots of reasons why you might never get 100% [participation] but it’s an improvement from the past. It’s a positive trend.”

Lagging behind were both Manitoba and Saskatchewan at 59% each. Why so low there? Karageorgos speculated that it could be because both provinces have government-run insurance. “When there’s only one insurance company in town, as is the case there, perhaps the message isn’t getting out,” he said. “It’s interesting to note that those provinces with government-run insurance have lower take-up rates.”

While B.C. also has government-run insurance, winter tires must be on vehicles to travel on most highways in the province from October 1 to April 30.

Another finding was that 80% of Canadian drivers using winter tires reported that their tires played a role in keeping them out of a hazardous driving situation, like a collision or losing control of their vehicles.

That level of response could go a long way to getting even more people to get winter tires. “When you hear that from drivers … that’s a great testimony to having them encourage others to have them,” Karageorgos said. “They see the value and they’re spreading the message. We should be recognizing that.

2 Comments » for Which way is winter tire usage trending in Canada?