Who knew that book readers could be at such risk?

A book lover who claimed to have sustained a concussion and a back injury while tripping over a pile of stacked books in a B.C. bookstore had his liability case dismissed for a lack of evidence. 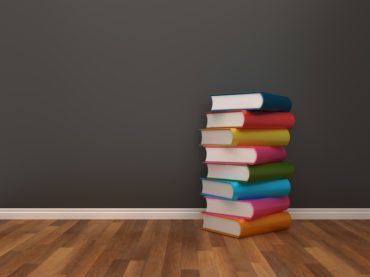 The insurer for the bookstore, Intact Insurance, brought forward evidence before the Civil Resolution Tribunal of British Columbia that suggested the trip-and-fall claim might be fraudulent. The province’s small claims court did not agree, saying the insurer did not present enough evidence to meet the high threshold of proving fraud.

All the same, the court dismissed the $4,999 claim, citing the claimant’s own lack of credibility.

Sean Zhang testified that he was in a bookstore on Sept. 12, 2018, when he tripped on books on the floor and suffered a concussion and injury to his back. He made a $4,999 claim for the alleged head injury against the bookstore, which operates under the name BookLovers. [Since June 1, 2017, the Civil Resolution Tribunal (CRT) has had jurisdiction over certain claims of $5,000 and under.]

Zhang entered the bookstore shortly before closing time at 6 p.m. He told the tribunal that “apparently there were books all over the floor and in the walkway where I tripped and fell on my head and back, injuring both.” The applicant says he was later diagnosed with a concussion “and more.”

Staff of BookLovers reported that when Zhang entered the store, he went directly to the centre of the store out of sight of the sales desk and sat down in a chair, refusing any assistance when greeted by staff. At closing time, he was found lying on the floor, with his head facing southward. When he saw staff approach to let him know it was closing time, Zhang clutched his back and said he had tripped over a stack of books while walking around the corner of a bookcase while reading a magazine.

Intact told the tribunal that it suspected fraud. As evidence, it noted that the claimant had filed four injury claims with Intact. Two claims were for concussions alleged to have occurred on Apr. 13 and Oct. 14. The court did not find that Intact’s evidence proved fraud.

Nevertheless, the court didn’t find Zhang’s own evidence to be credible, either.

“The parties’ dispute first turns on whether Mr. Zhang tripped at all,” Civil Resolution Tribunal member Shelley Lopez wrote. “The [bookstore staff] point to the stack of books, photographed by Mr. Zhang after his alleged fall, and it is intact. I note the stack of books, along with others, is neatly stacked along the edge of the shop’s aisle or walkway. The respondents say if the applicant had tripped on the stack, the books would have likely shifted and fallen. I agree. This conclusion leads me to find [Zhang’s] evidence less credible.”

Also, Lopez noted, the bookstore staff “say that if the applicant had tripped as alleged, he would have been facing northward, not southward. The applicant did not address this, which I find also hurts his credibility.”

Lopez ultimately found that the the province’s Occupier’s Liability Act says an occupier (in this case, BookLovers) owes no duty of care where a person willingly assumes risks, unless the occupier intends harm or shows reckless disregard. “There is no evidence BookLovers showed reckless disregard,” she concluded.

“I find by choosing to read and walk through the bookstore aisles, which [Zhang] would have seen were narrow and had some stacks of books neatly stacked at the aisle edge, [Zhang] willingly assumed the risk of tripping over something.”

More News
Related
Your drunk client arrives home safely. Why your exposure does not end there
Top court won’t hear appeal of controversial waiver decision
How this dry cleaner got sued over 50-year-old pollution
When ‘residence employee’ is key in home insurance wording

1 Comment » for Who knew that book readers could be at such risk?