Mitigation of loss coverage is more of a “first-party” style of coverage, as the court noted. In this case, the carrier was called upon to pay for costs incurred by the named insured to make necessary repairs before a construction defect in a parkade became the basis for a damage claim later down the road. This is “first-party” coverage in the sense that an insurer makes the funds available to the insured directly, without the requirement of a third-party lawsuit against the insured to trigger the coverage.

The insurer QBE, a Lloyd’s Syndicate, unsuccessfully argued in B.C.’s top court that the upshot of the court’s decision would result in “unlimited” coverage for mitigation of loss on a $400-million policy, which was not the policy framer’s intention.

But the B.C. Appeal Court sided with the trial judge in rejecting QBE’s argument, noting that the intentions of the policy or contract framer (i.e. the underwriter) come into play only if the terms of the policy are ambiguous. And leaving out reference to the $10-million limit that was expressed elsewhere in the policy was unambiguous.

“The appellants [Lloyd’s and its two syndicates] argue that it is commercially unrealistic that an insurer would, on a construction project having a value of approximately $400 million, provide mitigation of loss coverage that was unlimited,” the Court of Appeal wrote in its decision. “The trial judge concluded that the language of the policy, in failing to place any limit on the mitigation of loss coverage, was unambiguous. I agree with that conclusion…

“A contract that contains some language that is troublesome or that that does not align with the contract as a whole or that cannot be fully reconciled with other aspects of the contract is not necessarily ambiguous.”

In Surespan Structures Ltd. v. Lloyd’s Underwriters, the plaintiff, Surespan, is a design-build contractor. The Vancouver Health Authority entered into an agreement with THP Partnership to build two new acute care facilities and associated parkades in Campbell River and Comox, B.C. Through a chain of subcontracting arrangements, Surespan took on the design, supply, and installation of all the precast concrete components of the arcade structures, subcontracting out a portion of the work to another company.

In late November and early December 2016, one of the project’s subcontractors, Graham, advised Surespan of the discovery of cracks in the load-bearing precast elements of the parkades. Surespan notified its subcontractor of the parkade defects and sought its input on remediation. Graham demanded that Surespan repair the defects.

Surespan undertook the remedial work, incurring more than $9.9 million in its efforts. The company borrowed money to help finance the work and faced financing charges as a result. Surespan sought reimbursement for the amounts it expended under an insurance policy issued by QBE.

A number of issues went to court, including whether Surespan was even entitled to coverage. But the specific dispute before the B.C. Court of Appeal was whether a $10-million coverage limit applied to the mitigation of loss coverage, as written in the policy.

The court noted that QBE’s insurance policy included a declarations (dec) page that referred generally to four areas of coverage: 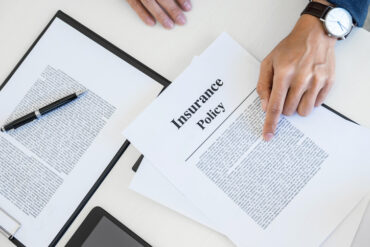 The policy states in several instances — but not explicitly in the Mitigation of Loss section itself — that “the maximum amount the insurer will pay for each claim and in the aggregate for all claims made against the insured during the policy period and covered by this policy is [$10 million].”

QBE essentially said that even though reference to the $10-million limit was not included in the section about loss mitigation explicitly, it was implied by the use of the term ‘aggregate for all claims paid” in the rest of the sections of the policy, including the dec page.

But the courts found that by not using the same language in the section on Mitigation of Loss, the insurer had made it clear and unambiguous that the $10 million limit did not apply to this section.

The trial judge found that “first and most importantly, as a matter of pure textual construction, the subparagraphs granting the Damages, Defence Costs, and Supplementary Payments Coverages each expressly refer to and apply a limit of liability. Notably, the grant of Mitigation of Loss Coverage includes no such reference.

“I find this absence of limits language in one of the four coverages of particular significance to the proper interpretation of the policy. In the world of statutory interpretation, this is referred to as a ‘failure to follow a pattern of express reference.’”

In other words, in constructing a contract, such as an insurance contract, an insurer will often devise a “pattern of words” to express a particular purpose or meaning each time the words are used. “This convention naturally creates expectations that may form the basis for an implied exclusion argument,” the trial judge wrote.

But in this case, the policy language regarding the $10-million limit did not apply to the loss mitigation portion of the contract, the courts found, likely because the loss mitigation section refers to first-party coverage, as opposed to the other three instances, which relied on a third-party claim being made against the insured. Or as the Court of Appeal put it, absent a claim in the example of loss mitigation coverage, there was “nothing to aggregate.”

At trial, the judge concluded: “I am left with a suspicion that the failure to include limits language for the Mitigation of Loss Coverage may have been an oversight on the part of QBE. The available evidence suggests that such coverage is not a common element of Canadian insurance policies…

“But the potential remedy for any policy drafting mistakes is rectification, which itself is controlled by a strict legal test. No such application for rectification was made here. Absent rectification or the applicability of some other equitable doctrine, the unambiguous words of the policy govern, even if there has been a unilateral mistake by the insurer.”