Why Alberta-based brokerage is expanding in Ontario

The reaction by insurers to the 5% rate cap on Alberta auto insurance is one reason Surex.com Ltd. is aggressively expanding in Ontario.

“We have doubled down on Ontario because of the market out west,” said Matt Alston, co-founder and chief operating officer of Magrath, Alta.-based surex.com, in a recent interview.

In 2017, the Alberta government told the province’s Automobile Insurance Rate Board to not approve rate increases of more than 5%. At first, the restriction was in effect until Nov. 30, 2018, but was then extended to August 2019. 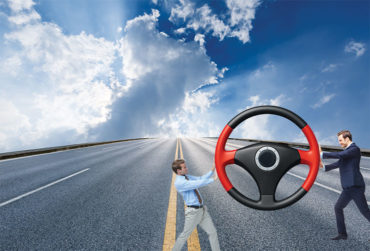 That resulted in many brokers having carriers cancel their contract, George Hodgson, CEO of the Insurance Brokers Association of Alberta, told Canadian Underwriter earlier.

Surex.com is an online brokerage which now has 47 brokers licensed to place insurance for Ontario motorists, up from six earlier this year, Alston said in a recent interview.

Four of surex.com’s Ontario brokers work in Alberta and got their Registered Insurance Brokers of Ontario (RIBO) licenses. Of the other 43, most work from home but some work from a new office in Cambridge, Ont.

Surex.com was named last month as one finalist for the prairies for EY Canada’s Entrepreneur Of The Year program. Winners of the Prairies program will be announced Oct. 10 at a gala in Calgary.

A big driver of surex.com’s Ontario expansion was the cap introduced in 2017 in Alberta under the New Democratic Party led by Rachel Notley. United Conservative Party leader Jason Kenney replaced her as premier in the April election.

“The government cap, and the insurance carriers’ reaction to that, was – they can’t be mandated to lose money so they basically stopped accepting new policies,” said Lance Miller, co-founder and CEO of surex.com. “It’s been tough. I feel bad for the consumer because I think it’s actually endangering Albertans because we have more and more uninsured drivers on the road because they can’t get insurance. Nobody will take them and these aren’t bad drivers. If you have one ticket – one accident – you can’t get insurance in Alberta.”

The cap means that, as a general rule, carriers could not hike rates by more than 5% across their book of business. Some clients could see increases of more than 5%. This is because the rate cap applies across an insurer’s total book of business, not to individual policyholders.

It is not clear whether the 5% cap is going to remain in place in the future. Asked about the cap, the Treasury Board and Finance department says it is aware of the timeline on the rate cap and is “currently considering all options.”

This past January, there was not one brokerage in Alberta that was not dealing with the threat of eminent cancellation by one of their insurer partners while at the same time dealing with severe restrictions on the writing of new auto insurance business, wrote Thom Young, co-founder of Lundgren & Young Insurance Ltd., in a comment to Canadian Underwriter.

Young (who sold his brokerage in 2014 to his children) is a member of the board of directors of the Alberta Insurance Council and a past director of the Facility Association.