Why B.C. brokers are not rallying behind Liberal auto insurance election promise

British Columbia’s Liberal party, which ruled the province from 2001 through 2017, is promising to open auto insurance up to competition if voters return the Liberals to power in the Oct. 24 election.

“The ICBC monopoly is a failure and it’s time to offer drivers cheaper rates — that’s what competition will do,” Liberal leader Andrew Wilkinson said Tuesday in a release.

The Insurance Corporation of British Columbia, founded as a crown corporation in 1973, distributes mandatory basic auto insurance coverage through about 9,000 brokers.

“This came as no surprise, but as a bit of a disappointment,” Chuck Byrne, CEO of the Insurance Brokers Association of B.C., said of the Liberals’ announcement. 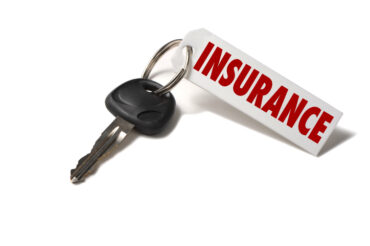 “Brokers are pretty comfortable with the ICBC system,” Byrne said in an interview with Canadian Underwriter. “We certainly do not get compensated to the same level that we might in a private insurance market, where we might have to navigate that much more for our client.”

For its part, IBC reiterated on Tuesday its call to end ICBC’s monopoly. “Competition is a powerful incentive for any company to deliver the best product at the best possible price,” IBC said in a release. “Auto insurance is no exception to this rule.”

However, over the years, many B.C. brokers have seen the advantage of not having to “scramble to find a market or pricing that is reasonable” for a client, said IBABC’s Byrne. “That can happen in Ontario, Alberta or the Maritimes.”

Byrne suggested it would be “extraordinary” to allow private insurers to come in and compete on a tort product while maintaining ICBC’s transition to a care-based model, initially announced this past February.

“The complexity of having a competitive product from private insurers – having to price higher, and attract business, and deal with claims that are administered between a no-fault driver and a right-to-sue driver – it would complicate things dramatically,” Byrne said of his take on the Liberals’ election promise.

The Liberal election promise announced Tuesday is not the first time the opposition Liberals have talked about ending ICBC’s monopoly.

Jas Johal, the Liberal critic for jobs, trade and technology, told Canadian Underwriter in October 2019 that now is the time to “introduce choices in auto insurance.”

With the NDP, ICBC has introduced a number of auto insurance reforms; among them, a care model announced Feb. 6, 2020. Those changes, scheduled to take effect May 1, 2021, would include first-party care and treatment benefits of up to $7.5 million and wage loss coverage that is 60% higher than today. The proposed changes are intended to reduce the cost to ICBC of motor vehicle personal injury lawsuits.

If implemented, the care-based model would mean only about 5% of motor vehicle accidents would result in tort claims, Byrne suggested.

“The overall intent is, only rare occasions and odd circumstances would result in the ability to sue,” said Byrne. “The no-fault concept that the NDP came out with is rock solid from the perspective of the modern need to fulfill the requirements of the population dealing with the social dilemma of driving.”

14 Comments » for Why B.C. brokers are not rallying behind Liberal auto insurance election promise