Why B.C.’s tax collector tried to burn Mutual Fire for an extra $4.5 million

British Columbia’s income tax commissioner must re-visit a decision to bill Mutual Fire Insurance Company of British Columbia an extra $4.5 million in premium taxes and interest from the 2012 and 2013 taxation years.

Mutual Fire appealed the ruling by provincial tax officials, which arose from an audit.

B.C. Supreme Court Justice Geoffrey Gomery Wednesday released a ruling that kicked the matter back to the tax commissioner for further review.

B.C. law requires insurers in the province to pay a tax to the province of 4.4% on net taxable premiums for the year received or receivable under contracts of property insurance and automobile insurance. 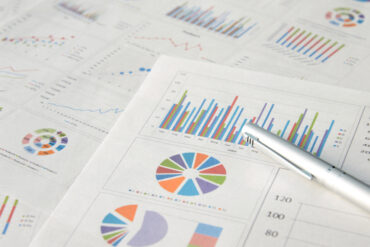 But in 2012 and 2013, those farm insurance amounts included liability insurance premiums of $926,198 and $1.108 million, respectively. B.C.’s tax commissioner argued the liability premiums for farm insurance should not be counted when calculating premiums “derived from the insurance of farm property.”

Subtracting the liability premiums would bring Mutual Fire’s premiums from farm property below 50% of its total premium in 2012 and 2013.

The tax commissioner argued Mutual Fire’s farm property insurance premiums were only 49.37% and 47.54% of the insurer’s total premiums in 2012 and 2013, respectively. The commissioner reached this conclusion after a 2016  audit of Mutual Fire’s tax returns from 2011 through to 2015.

“While the liability coverage offered under the policies is not property insurance, in ordinary parlance and from the point of view of a farmer purchasing the insurance, the important point is that the policies offer protection from the various risks associated with ownership of the farm, including the risk that farmer might be sued personally in connection with duties owed to third parties as an owner and occupier of the farm,” wrote Justice Gomery.

The Farm Property Exemption was originally a federal rule that applied Canada-wide. The tax on premiums dates to a federal law from the First World War, while the farm property insurance exemption dates back to the Great Depression of the 1930s, Justice Gomery noted in Mutual Fire Insurance Company of British Columbia v British Columbia.

In 1956, the federal government repealed part of the Excise Tax Act, imposing a tax on insurance premiums; the provinces imposed the same tax. In B.C., the Income Premium Tax Act took its present form in 1996.

The purpose of the exemption is to benefit farmers who are mutual policyholders by making it less expensive for them to obtain insurance, Justice Gomery wrote.

“This is consistent with the origins of the Exemption in the extraordinarily difficult days of the Great Depression, when what we now call food insecurity was a harsh reality in Canada.  Although economic conditions have thankfully improved, this purpose remains unchanged.”

Commenting on the historical context of the exemption, Justice Gomery doubts that the federal government in the 1930s was contemplating liability insurance when it first brought in the Farm Product Exemption.

“Although it appears that the statutory language has been examined since then, notably when both tax and exemption were moved from the Excise Tax Act to the IPTA in 1956 and 1957, the British Columbia Legislature was content to maintain the Exemption in the same terms.”