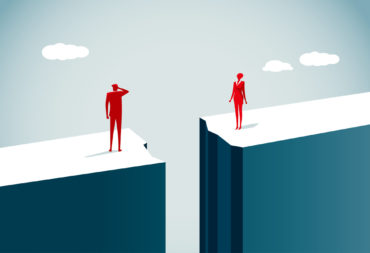 Business interruption outranked cyber incidents as top concerns for Canadian businesses, brokers and trade organizations, according to a new report from Allianz Global Corporate & Specialty. Globally, however, it’s the other way around.

When the annual Allianz Risk Barometer, which identifies major business risks for the upcoming year, asked Canadian respondents to pick their top three concerns, 43% of highlighted business interruption, which maintained its Number 1 spot from the year before. Cyber came in at second at 36%, with changes in legislation and regulation moving up from fifth to the third spot at 32%. Climate change fell from third to fourth.

The same three issues were tops globally, but cyber incidents with in the first spot and business interruption second.

Linda Regner Dykeman, Allianz’s chief agent in Canada, pegged the difference to Canada’s reliance on the global economy compared to the U.S. and U.K., where business interruption was second and third, respectively.

“I think it’s the fact that we’re more global in the way we do business, and that’s probably why business interruption is top of mind. We’re heavily reliant on suppliers outside of Canada, as well as customers,” she told Canadian Underwriter, using the example of climate and natural catastrophes as incidents that could impact businesses here. “An earthquake in Japan could impact the way we do business here.”

That has happened before. An earthquake and tsunami in Japan in 2011 closed many assembly plants for Japanese automakers, disrupting the supply chain for auto parts around the world.

However, Regner Dykeman pointed out that business interruption and cyber incidents are linked together – the latter could lead to the former. “One of the trends is data compromise, so the two go hand in hand,” she said. Even a cyber incident abroad could lead to the disruption of businesses getting needed component parts to assemble products here. And that leads to bigger issues like the interruption of day-to-day business tasks and the potential loss of customers as a result. Form there, reputation and brand damage could follow.

“If my data’s been compromised and breached … I have reputation and brand damage,” Regner Dykeman explained.

And it’s not just a concern for large corporations. “For smaller businesses, your brand and reputation are everything. You lose those customers, you’re not getting them back,” she continued. “From an insurance perspective, we can do everything possible to try to get you back to the same position you were in before the loss, but that reputation and brand damage and lost customers is almost impossible to get back.”

As for legislation and regulation changes being a concern here – it’s not a top three concern in the U.S. but ranks second in the U.K., though understandably with Brexit – Canadian businesses are being impacted by tariff and protectionist legislation elsewhere. It comes back to the global economy Canada has been built on.

“A lot of what we manufacture has to be sold outside of Canada,” Regner Dykeman said. “So as legislation and regulation changes in countries that we have big trading relationships with [like the U.S., U.K. and China], that has a big impact on business here in Canada.”

For Canadian manufacturers, changes to legislation ad regulation be a Number 1 concern and a bigger deal here than for American manufacturers, she added. “The U.S. is very large. They can survive within themselves. In Canada, we’ve grown accustomed to a global economy and we’ve been able to expand our own economic future through the global economy. With changes in tariffs and legislation elsewhere, it does impact our ability to do business.”