Why construction insurance rates are starting to climb

Canada’s lack of skilled workers means construction projects may not be hitting the mark in terms of quality and craftsmanship, leading to the greater likelihood of an insurance claim.

“We saw it from the insurance side with the amount of claims increasing significantly,” he told Canadian Underwriter. Claims related to faulty workmanship and design defects ranked Number 1 in terms of frequency.

“In the construction space, these are the most prevalent types of losses that we see in Canada,” Tasker reported. “That, and water damage are probably the (Number) 1 and 2 perils we see the property side of construction.”

Tasker thinks the claims increase can be explained by “just the sheer volume of construction activity, and the lack of skilled labour to do [the work].” 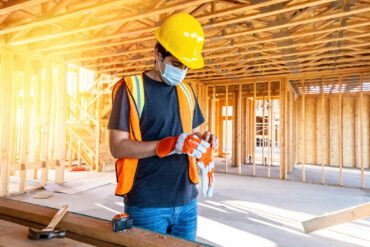 Things are getting so dire that construction firms aren’t even sending their second-best team to job sites. Tasker told the story of a client who realized they were getting the leftovers of the leftovers.

“We had a chemical client that built one new plant,” Tasker said. “They hired a reputable construction firm and then things went horribly wrong. They realized after some time that they didn’t have the A-team or even the B-team of this construction firm; that they perhaps had their D-, E- or even F-team. Unfortunately, they had to fire that contractor and bring in a new one.”

To bridge the gap, some construction companies are bringing in foreign contractors, oftentimes from Spain and Italy. BuildForce noted in a February report that immigration was essential to fill the skilled labour gap.

Hiring skilled, specialized labour from overseas may benefit a client, but it’s not always a partnership that works, Tasker explained.

“Theoretically, you get the best of both worlds — local expertise, [and] the specialized skilled labour from overseas. In many cases, it works well. But sometimes it’s like a new marriage. Sometimes these joint ventures work well for the firms: Two, three, or four of the firms are compatible and work well together. And sometimes they don’t.”

Tasker said the compatibility of local and overseas firms is an important consideration. “That’s…difficult to assess, but certainly we factor that in,” he said. “Okay, these firms have a lot of experience in Canada, they have experience working with each other, and they’ve executed projects in the past well, so we have confidence that they’ll do the to the next [project] well.”