Why home insurance was so profitable for Intact in 2020

Over the past seven years, the highest combined ratio Intact has seen in personal property has been 93%, observed Geoffrey Kwan, research analyst with RBC Capital Markets, during a fireside chat on March 9 with Intact CFO Louis Marcotte.

Kwan asked Marcotte why Intact’s underwriting results in personal property have been so good in the recent past.

It has not always been that way, suggested Marcotte. There was a time when combined ratios in personal property were 110% to 115%. “People were wondering about the future of the [home insurance] product. I think we have come a long way now,” Marcotte said during the RBC Capital Markets Global Financials Conference. 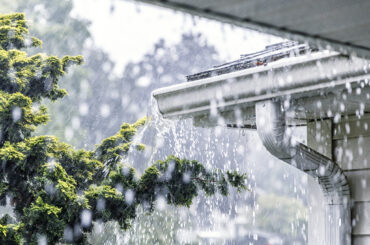 “What has been triggered by [large property catastrophes] are two things: A lot of discipline on the pricing, and we have seen fairly firm to hard market conditions in personal property for probably the last five or six years — and if you are disciplined you will get the maximum of that rate environment on to your books,” Marcotte said.

If losses similar to what happened in 2013 and 2016 come back in the future, “rate discipline” would help protect the insurers at a time when they are offering expanded water coverage, suggested Marcotte.

“In an environment where weather Cats have been increasing year after year — not last year but in the five prior years — we have been seeing more elevated activity,” yet Intact was still able to be profitable in home insurance, said Marcotte.

Intact’s 2019 results in home insurance were affected in part by the 2019 Halloween wind and rain storms that affected Ontario, Quebec and Atlantic Canada. It cost the industry about $250 million in insured damages, with the brunt of it happening in Quebec ($189 million, according to CatIQ).

Using Statistics Canada data on population, gross domestic product and inflation, Canadian Underwriter adjusted IBC’s data each year for inflation and then expressed it per capita. That figure is $3.70 in 1983 and $39.03 in 2019.

The adjustments made by Canadian Underwriter show that, even if you account for inflation and population increases, there is still large increase in weather-related losses, suggested Craig Stewart, IBC’s vice president of federal affairs, in an earlier interview.

“Globally, as in Canada, what we are seeing is an increase in the severity and frequency of events and that is the primary driver to an increase in losses by the insurance industry.”

Most of Canada’s top 10 natural disasters have occurred in the past 10 years. The three exceptions include the 1998 ice storm at $2.3 billion, the 2005 Toronto area thunderstorm at $784 million and a 1991 southern Alberta event at $554 million. All three numbers were adjusted in 2019 for inflation by A.M. Best.