In defence of public insurance

British Columbia’s public auto insurer is challenging the view that opening up the market to competition will create efficiencies and better accident benefits.

The Insurance Corporation of British Columbia (ICBC) was responding to comments from the Canadian Federation of Independent Business (CFIB) saying “it’s clear that the solution to the challenges in B.C.’s auto insurance system must be found outside our Crown insurer.” Richard Truscott, CFIB’s vice president for B.C. and Alberta, said Dec. 10, 2018 that “other provinces have more affordable insurance with better benefits. It’s time to end the monopoly and let competition create efficiencies and reduce costs.” 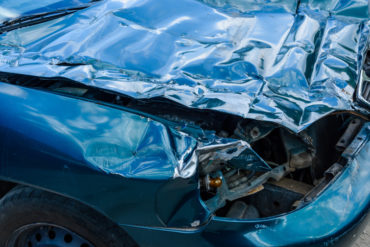 ICBC contacted Canadian Underwriter in response to these comments, saying insurance rates in B.C. cannot be directly compared to other jurisdictions.

“It’s simply not an apples-to-apples comparison,” said Bill Carpenter, ICBC’s vice president of insurance. “B.C. is the last province in Canada with an unrestricted litigation-based insurance model – a full tort system with no current restriction on what you can sue for, no matter how small your injury. A full tort product is simply more expensive compared to one with caps/limits, or no fault systems generally.”

In addition, there are other factors explaining why jurisdictions may not be directly comparable, Carpenter said. For example, other provinces may have more rural communities, less congestion, drier climate or a different geography, for example. “ICBC’s Basic premiums also include components to cover driver licensing fees and road safety costs,” he added.

“When it comes to the suggestion that other provinces have better benefits, early this year ICBC announced significant improvements to its accident benefits – changes which will make ICBC’s accident benefits by far the most generous of tort systems across Canada.” For example, the overall medical care and recover cost allowance will be doubled to $300,000 retroactive to Jan. 1, 2018 and there is a new limit of $5,500 on pain and suffering for minor injury claims.

Other unique factors in B.C.:

Although the CFIB’s Truscott had argued competition would create efficiencies and reduce costs, Carpenter disputes this. He said ICBC’s operating model – one characterized by centralized claims handling – creates numerous efficiencies. “Centralized claims handling means a customer can be served from anywhere in the province; all records of previous crashes, repairs and so forth are stored and easily retrieved by the company and its collision repair partners, making it more convenient for customers.”

In CFIB’s survey, 1,015 small- and medium-sized business owners in B.C. were asked if the provincial government should allow private insurers to sell basic auto insurance. Nearly three-quarters (73%) wanted the change, compared to 11% that opposed. Fifteen per cent were undecided and 1% had no interest.

ICBC reported late last month a net loss of $582 million for the first six months of the current fiscal year and projected a year-end financial loss of $890 million for 2018/9. On Jan. 2, the British Columbia Utilities Commission approved ICBC’s application for a 6.3% increase to basic insurance rates on an interim basis for all new and renewal policies with an effective date on or after April 1, 2019.

11 Comments » for In defence of public insurance