Why insurance is the worst investment

Is insurance a good investment?

No, according to one risk manager. “I believe that insurance is the worst investment you can make,” said Stéphane Cossette, senior director of risk management with Quebecor Media Inc. in Montreal. 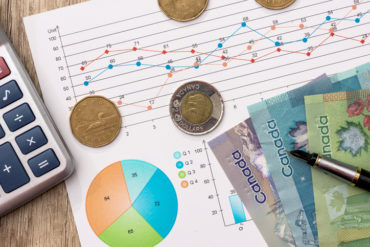 “I actually tell people if you think insurance is an investment, let me remind you of something: for every dollar you give an insurer, they need to make a profit, they’ve got overhead and distribution costs,” Cossette said in a recent interview. “So, if they give you more than 60 cents out of the dollar you gave them, they’re losing money. It’s a lose-lose situation if you look at it from this angle.”

Cossette spoke to Canadian Underwriter last month in a wide-ranging interview about how the hard market is affecting risk managers.

His argument is backed up by industry data. According to Insurance Bureau of Canada’s 2018 Facts of the Property and Casualty Insurance Industry in Canada, the industry’s return on investment (ROI) for 2017 was 3% and 2.6% in 2016. (As of Q4 2016, investments reported through OSFI regulatory returns exclude pooled funds accounted using the equity method.)

“The less insurance you buy, the more money you will make,” comments Cossette, saying that people who overinsure themselves are not investing their money properly.

So, if insurance is not a good investment, how much of it do you need? Just enough for your own risk appetite, Cossette said. “The way we establish our retention is actually the level of retention where I have no claims.”

For example, say a client has a shopping mall with a $50,000 deductible, but has had no claims. Why should it increase to $100,000? “The insured will say, ‘I just went from having no claims to again having no claims. So why would I give you money?’”

But say the opposite is true – the client has a $25,000 deductible and claims are pouring in. “This is when you increase your deductible because you know for a fact you won’t lose that much money,” but you should get enough premium.