Why insurance overseer won’t regulate MGAs or fintechs just yet

Ontario’s insurance regulator has no plans to regulate fintechs or managing general agents in the near term.

“We sort of feel like we have enough on our plates,” said Tim Bzowey, executive vice president of auto/insurance products for the Financial Services Regulatory Authority of Ontario.

“It’s not that we’re not paying attention. But I think making a decision about how to regulate those differently from the regulation today is probably premature,” Bzowey said Thursday during InsurTech North, an online conference hosted by MSA Research Inc.

The InsurTech North session, Facilitating Innovation Through Principles-Based Regulation, was moderated by Gowling WLG partner and technology lawyer Parna Sabet-Stephenson, who asked FSRA officials if there are any plans to regulate fintechs or MGAs.

“We continue to have conversations all over the place on this,” added Jordan Solway, FSRA’s executive vice president of legal and enforcement, referring to provincial insurance law. 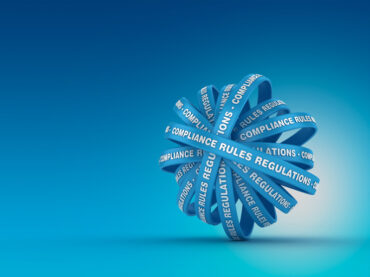 “What’s really important, though, is that there be transparency. You don’t want people coming to us because they are worried they are going to get sanctioned. That is not what we are trying to do. We’re trying to understand the business model, trying to understand how [Ontario insurance laws and regulations] may be impacting the ability to deliver better consumer value and, frankly, it’s a big job.”

Sabet-Stephenson asked Solway and Bzowey how FSRA is preparing for companies such as Amazon and Google to enter the insurance market.

“We’re a little bit agnostic, frankly, on whether it is an incumbent insurer or an insurtech or a platform company that finds a way to either have a licence or a distribution agreement. In the end, what we are looking to enable is consumer-focussed innovation,” replied Bzowey.

Also discussed Thursday was a new regulation that lets FSRA operate an auto insurance “regulatory sandbox,” intended to let insurers bring in pilot innovations quickly. That sandbox would be “a test and learn environment,” as Solway described it.

Bzowey said no firm timeline has been set as to when the sandbox will be up and running.

“We want innovators, we want new business models, who have a better idea of how they can provide their services in the insurance sector to come to us and to test those ideas,” said Solway.

The point, as Solway put it, is to make sure those new ideas are actually providing consumer benefit without having unintended consequences.

“With each innovation, there’s always going to be consumer benefit, and there’s also going to be consumer harm that we may not always be able to identify,” said Solway. “So we want to do that in an environment where we can actually learn from it before we determine whether the innovation is sustainable. Because, from our perspective, it’s not facilitating innovation for innovation’s sake. It’s really to make sure that we’re supporting sustainable innovations that don’t result in undesirable outcomes.

“It’s a critical distinction, because you can’t simply say, ‘All innovations are necessary for the growth and the development of our sectors.’ We want to preserve the benefits of innovation while ensuring that the products and services that prove to be harmful are appropriately contained and regulated.”