Why insurers are not calling it a hard market

Your clients may be paying higher rates but hard market may not be the right way to describe it, speakers suggested at a recent insurance  conference.

“I don’t personally know if I would call it a hard market yet. What I would call it is pricing coming back up to something that is a long-term sustainable level,” Monica Ningen, CEO of Swiss Re Canada and English Caribbean, said Tuesday during a media briefing after Swiss Re’s Canadian Annual Outlook Breakfast.

Speakers at this year’s breakfast included Don Forgeron, CEO of the Insurance Bureau of Canada. 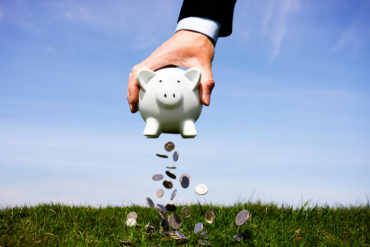 “The last hard market we had for commercial was 2002. That’s the last time when prices shot up that it got the attention of policymakers and bar owners and small business owners,” Forgeron told journalists after the breakfast presentations at One King West in Toronto.

“I don’t know that you are going to see those swings from a soft to a hard market,” said Forgeron. “I think we are going to have to come up with another word to describe the world that we are in now, which is perhaps a more realistic market, where companies are taking a look at each line of business and doing what they need to do.”

Prices are rising for a variety of reasons, including an increase in weather-related claims and auto insurance claims, Forgeron noted. Low interest rates are “not helping,” because unlike 20 years ago, insurance companies cannot offset underwriting losses with earnings from interest-bearing investments.

“There is ample capacity in the market,” Ningen said.

Commenting on primary insurers in general, Ningen suggested that what was different in the past was that carriers could often use profits from a profitable line of business to offset losses from a poor-performing line of business,

“We are now in a time period in the industry where you see some lines of business under-performing – losses are high – and there is not any lines of business that are awesomely performing that offset it. So you are starting to see boards of directors and investors getting a little more restless than in the past because of that total balance sheet view. I think that has resulted in some of the lines of business that have been significantly under priced starting to see pressure on those prices. You have also seen some capacity pulled out of the market – Lloyds of London for example.”

Last year, the Corporation of Lloyd’s asked its syndicates to conduct in-depth reviews of the worst performing 10% of their portfolios, along with all loss-making lines, and submit their relevant remediation plans for approval as part of the 2019 business planning process.

When it released its 2018 financials on March 27, the Corporation of Lloyd’s said eight syndicates stopped trading as of Dec. 31. Those eight wrote a combined total of £1.5 billion in gross written premiums in 2018. The pound is trading at about $1.74.