Why is New Brunswick’s loss ratio the highest in Canada?

What is contributing to New Brunswick’s skyrocketing loss ratio? 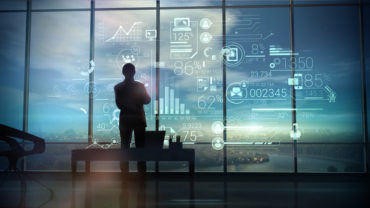 New Brunswick’s total property loss ratio was 138.6%, while the loss ratio for commercial property was an astounding 235.8% last year.

“Pressures have been building in the New Brunswick market for some time,” commented Amanda Dean, vice president of the Insurance Bureau of Canada’s (IBC) Atlantic region. “Last year’s floods certainly impacted those numbers in terms of both personal lines and commercial lines.”

The spring 2018 flooding resulted in hundreds of evacuations, about 12,000 properties affected by widespread flooding and dozens of homes and cottages “beyond repair.” However, Catastrophe Indices and Quantification Inc. (CatIQ) reported last year that the flooding didn’t meet the threshold of $25 million in insured damage to be considered a catastrophic event. Instead, it was a “notable event,” with between $10 million and $25 million in property damage.

In the auto insurance line, pressures have been building for years, as witnessed by the increasing loss ratios, Dean said. “A combination of rising costs and flat premium renewals has increased pressure on the auto insurance system,” she told Canadian Underwriter Tuesday. “IBC has observed pressures emerging with claim costs related to bodily injury claims, as well as property damage claims.”

What would insurers in the province like to see? “A review of the auto insurance product, to ensure that it is working for New Brunswickers, is encouraged by the insurance industry,” Dean said. “The design of the government regulated insurance product may need some adjustment, as indicated by the pressures highlighted above, but the rate regulation regime could benefit from a review to encourage continuing competition.”

Dean added that IBC looked at 51 private passenger vehicle rate filings which insurers had submitted to the regulator, the New Brunswick Insurance Board (NBIB), over a two-year period (2015-2017).

“IBC’s observations reveal that half of the filings were within 0.5% of the 3% public hearing threshold and only five were for amounts greater than 3%,” Dean said. “This, coupled with filings for larger increases that are now being put forward to the NBIB, indicates that the public hearing process might actually be providing a disservice to the drivers of the province, as insurers are waiting until larger rate increases are needed before incurring the cost of the public hearing process.”

1 Comment » for Why is New Brunswick’s loss ratio the highest in Canada?